New OMHS coach approved by board 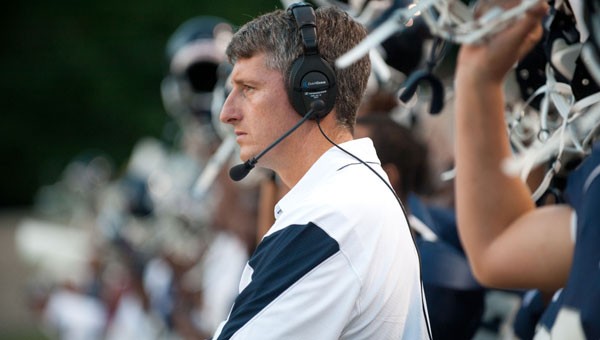 The Shelby County Board of Education approved Cris Bell as a teacher during the 2012-2013 school year at Oak Mountain High School during a regularly scheduled meeting Jan. 26 in Columbiana.

Bell will also serve as the school’s head football coach. Bell spent the past season as the special teams coordinator and linebacker coach at Marietta High School in Marietta, Ga.

Bell was approved in a general education/physical education teaching position, with an effective hiring date of Aug. 6.

Bell’s hiring was debated during the council meeting with board member Steve Martin voting against the decision.

Martin voiced several concerns with the timeline, including the availability of a teaching position in the 2012-2013 school year, and the liability of a non-faculty member coaching students during the spring.

Superintendent Randy Fuller said Thompson High School head football coach Caleb Ross was hired in a similar manner last year at the board’s request. Fuller said the manner of Bell’s hiring was comparable to surrounding schools, which the school system researched when developing a plan for replacing coaches during the current school year.

Board member Aubrey Miller said there is precedent for the hiring and no legal questions surrounding the issue.

“It can stand some additional attention, but until we get it perfect, we still have to run a school system,” Miller said.

Oak Mountain High School Athletic Director David Hogue pointed out Bell’s previous high school and collegiate coaching experience, as well as his administrative experience, as reasons he was selected out of a pool of more than 120 candidates for the position.

“We had a search committee with an established list of characteristics (wanted in a new coach),” Hogue said. “He met every one of our qualifications.”