New nonprofit to ‘Support Our Soldiers’ 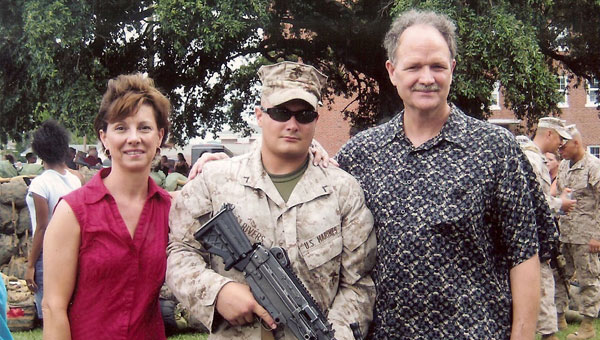 When their son was killed in Afghanistan in April of 2010 at the age of 22, Dr. and Mrs. Thomas (Charon) Rivers, Sr. were devastated, as any parents would be. While they have certainly lived through a great deal of pain and disbelief, they have turned that pain into a helping hand to our soldiers who are serving abroad.

The Rivers have formed a non-profit, 501 (c) (3) organization to encourage and support our soldiers. So what better to name the organization than what is does? “Support Our Soldiers.”

The organization sends care packages to members of our military who are still on the front lines. The mission statement of the newly formed organization is “Supporting those who are serving, who have served, and honoring those who gave the ultimate sacrifice.”

Thomas and Charon Rivers learned many things from their son, Marine Lance Cpl. Thomas Rivers Jr. They learned how to live and how to die.

They learned about courage and bravery, determination and excellence. They also learned from him how much he and his fellow soldiers missed the “little things” in life — the everyday necessities when they were deployed and serving on the front lines.

Among those things were chewing gum, candy, magazines, peanut butter crackers, crew socks, razors, shoestrings, footballs and baseballs, to name a few. Their favorite personal hygiene items were small individual packages of baby wipes. They were often the only way they got to bathe.

Charon has been packaging the “little things” the soldiers miss most and sending care packages not just on special occasions, but every single month. She is constantly collecting things for the boxes, and you can help by donating any of the items mentioned above for the care packages.

Charon Rivers adds a Bible to each box and a booklet that chronicles the life and faith of their son, Thomas.

In a time when we all wish we could help our soldiers, we can through this new organization. If you would like to contribute, please email me at bethchapman@bellsouth.net or call me at 243-8753.

Performing is in Bunton’s blood

Jennie Bunton as The Cat in the Hat. (Contributed) By LAURA BROOKHART / Community Columnist When Jennie Bunton appears at... read more