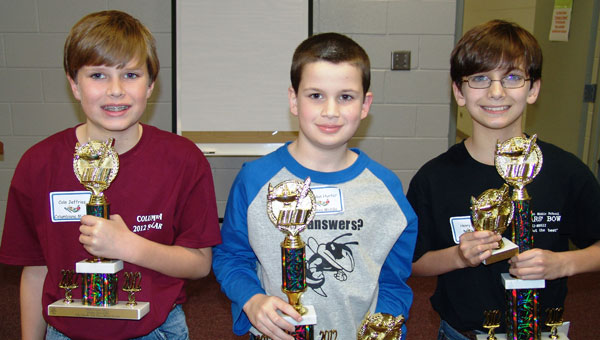 Each year in Shelby County, approximately 340 students compete in the annual Scholar’s Bowl as does every school in the district. The competition includes sixth, seventh and eighth grades plus high school (varsity) teams.

The annual event showcases the enormous talents and academic achievement within the Shelby County School system and there is plenty of it.

The annual Scholar’s Bowl is akin to a football bowl game of the mind. It is an intellectual competition to see who places with the highest scores.

Though considered an extracurricular activity, different schools choose which students represent them in various ways. The students usually express an interest in competing in the bowl or a teacher encourages them to do so based on their classroom performance and academic ability. Either way, it is a real honor to compete in the Scholar’s Bowl – win or lose.

Each school has a teacher who serves as its team’s coach. The team trains, studies and works hard. They practice and prepare before and after school. 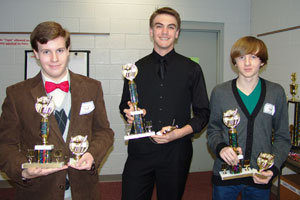 Obviously, there are no helmets or pads required and no sprinting to and from one end of the field to the other. It is all mental.

Several of our schools compete in state and regional scholar bowls in addition to the county bowl.

There is also a literary scholar’s bowl competition named Battle of the Books. Students read a selection of books then answer questions based on their readings.

The competition has both team and individual winners in the bowl, and then there are high scorers for each school and a team of the three top scorers for the entire bowl.

In the varsity competition the top two teams compete against each other every year at the February Shelby County Board of Education meeting.

The list of winners is far too long for this article, but sincere congratulations to all the winners and schools who participated. Being in the event makes each participant an academic success.

Scrapbook or craft – all weekend