The Second Annual Officer Philip Davis Memorial Golf Tournament will be held on Thursday, May 10, at Ballantrae Golf Club in Pelham.

The tournament is in memory and honor of the Pelham police officer who was shot and killed in a routine traffic stop in 2009. 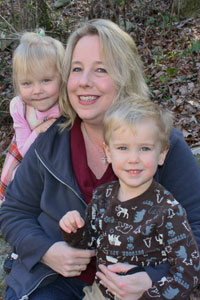 Officer Davis’ wife, Paula, continues his public service through her own. She has formed The Philip Mahan Davis (PMD) Foundation, a non-profit organization for police officers, firemen and dispatchers that are severely injured or killed in the line of duty in the Shelby County community.

“Since the community helped us when Philip was killed, I am trying to leave this legacy to his memory and our children, John, age 3, and Sarah, age 4,” Davis said. She hopes once the organization is on its feet they can branch out and become a statewide organization helping even more law enforcement families.

Recently when a Pelham dispatcher of 22 years became ill and later died, the PMD Foundation helped fund his daughter’s flight home from Italy to be with her mother.

They also provide a scholarship program at the University of Alabama for children of survivors and offer continuing education courses. “Philip was a big advocate for training,” he said. He thought the more information and education he got the more he could teach others.”

Davis also serves as vice president for Concerns for Police Officers, better known as COPS which provides resources to assist in the rebuilding of lives of surviving families and affected co-workers of officers killed in the line of duty. They also provide training to law enforcement agencies on survivor victimization issues and educate the public on the need to support the law enforcement professions and its survivors.

As a survivor herself, Paula Davis has learned well how to help others who experience similar situations. She provides invaluable information on invaluable resources and benefits such as grief support that law enforcement families may need. She will be travelling to Washington, D.C. soon to represent Alabama at the National COPS Conference.

Davis says she remains a full time mother and “father” to her children.

For more information on the May 10 golf tournament, please contact Hal Brown at 620-4653 or hbrown@pelhamonline.com. Charges are $96 per player or $381 per team.