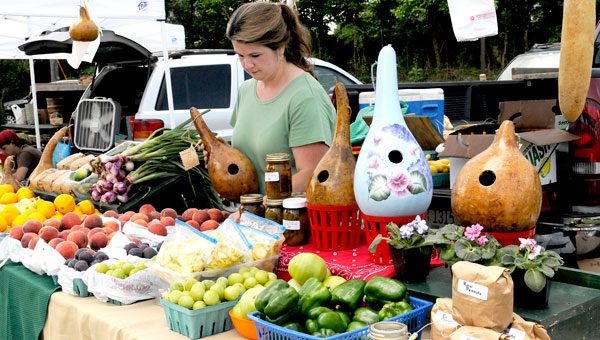 Helena Market Days will kick off its fourth year Saturday, June 2, at the Amphitheater. Held each Saturday from 8 a.m. to noon through Aug. 25, the market is a must for those who appreciate fresh and locally grown seasonal produce.

Nominated on two occasions for the Silver Plate Award, Chef Vizzina works to educate on the unmatched benefits of healthy cuisine inspired by local flavors.

His greatest community contribution has been his adoption of Homewood City Schools as part of the First Lady’s Chefs Move to Schools initiative.

Chef Serge Pambo has cooked at some of the most elite French restaurants — Les Grand Bofinger, Les Grandes Manches and La Suite, where he trained under Cyril Lignac.

After moving to the United States and arriving in Birmingham, he gained even more knowledge by working under Frank Stitt.

Chef Evans Estinfort has 10 years of experience cooking authentic French cuisine and opened his own restaurant, Les Jontons, in the heart of Paris in 2002. These two chefs have combined to bring to Birmingham Cafe de Paris. Enjoy their beautiful website in advance at: Cafedeparis.us.

Chef Chris Reis of Ocean offers fresh oysters and fish from around the world. Ocean has won several awards including the AAA Four Diamond Award for 2007 through 2011 and the Wine Spectator Award for 2004 through 2011.

A Cahaba Lily by any other name

This photo showing children gathering in Buck Creek at Cahaba Lily bloom time is stamped Lollar’s, Birmingham on the back... read more