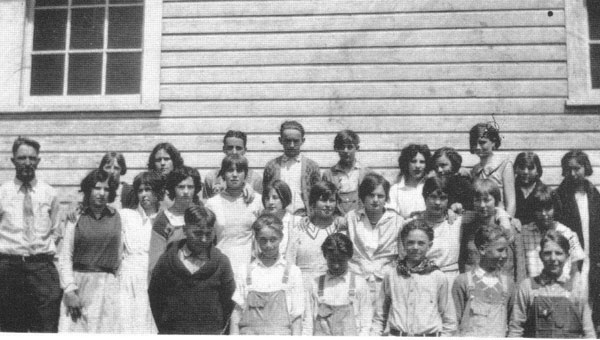 To my surprise, I found some of my own family members — Gibsons — at Mt. Chapel School 100 years ago.

Mt. Chapel was located behind Griffin’s childhood homeplace this side of Simsville Mountain from old Deerhearst. There was also a church and graveyard there, he said.

I recall visiting relatives as a child at a log cabin in Deerhearst. But I didn’t know the main road from Chelsea to Pelham ran across the mountain past the cabin.

Quite likely, some of my ancestors walked across the mountain, or rode in a wagon, to school and church at Mt. Chapel.

The late Dovie Crane Chesser, grandmother of June Marie Niven, recalled a two-story school building in Chelsea, where her eldest son Frank Jr. began first grade. It was located across the railroad from Chesser and Weldon stores, “about where Autry’s apartments are now,” she told me. “But it burned around 1913.”

Evidently, this old two-story building is where the school census was taken 100 years ago.

Griffin’s research on history of the Chelsea area includes other records on the above early schools as well as those at Wilder Hill, K-Springs, Yellow Leaf, East Saginaw and McGowen.