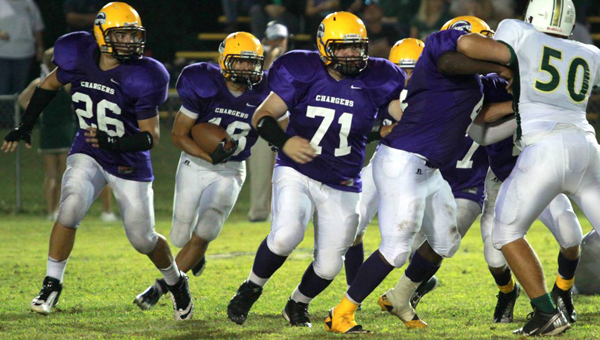 After both teams turned the ball over, the Chargers were able to take the lead when Young ran in a 11-yard touchdown run with just over two minutes left in the game.  The Cornerstone defense was able to stop Ashford to secure the victory.

“This team is one of the most scrappy bunch I have ever coached,” said coach Tim Smith. “When we blocked the punt, I just had a feeling we were going to do it.”

Young finished with 132 yards and two touchdowns on 16 rushes. Senior running back B.J. Smith added 81 yards on 19 attempts. The Chargers improved to 4-2 overall and 2-1 in the region.