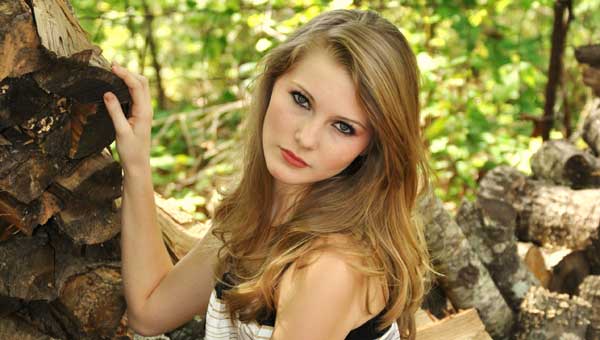 Raven Whitfield was named one of the top five finalists in the Vera Wang Princess Model Search. (Contributed)

Raven Whitfield has always wanted to be a model.

The 15-year-old Chelsea resident may have just gotten her big break. Whitfield recently was named one of the five finalists in the Vera Wang Princess Model Search, a contest to identify a new face to represent Wang’s new line at Kohl’s.

Raven, who was the 2012 Miss Chelsea Teen USA and was selected to participate in Birmingham Fashion Week in February 2013, said she was surprised to be selected as a finalist. She’s also excited by the prospect of breaking into modeling, which is something she’s wanted to do since she was a girl.

“Honestly, I love being in front of a camera,” she said. “I think it’s a lot of fun. Also, you would get to go to new places and visit new cultures. I’d like to do that as well.”

Raven and her mother, Brandy Whitfield, will travel to New York City Oct. 28-30 for the next stage of the competition. Raven and the other four finalists will meet Wang, tour Teen Vogue and participate in a photo shoot for the clothing line. The overall winner will have her photo shoot appear in Teen Vogue.

Brandy said she found the contest on the Kohl’s website this summer.

“Ever since (Raven) was little, she has always wanted to model,” Brandy said. “She finally got old enough for me to feel comfortable to search for things.”

The contestants also had to write a short essay answering the question, “Why were you born to rule?” Raven drew from her experience as a former tomboy turned dancer for her essay. Although she had no training, Raven made her middle school dance team and then her high school dance team, where she was named Rookie of the Year.

“She felt she was born to rule because she tried this new experience and was successful without any training,” Brandy said.

Since finding out she was a finalist on Oct. 9, Raven has been preparing for her upcoming photo shoot.

“I’ve been looking through magazines and coming up with ideas,” she said.

The Whitfields have also asked family and friends to vote for Raven on Princessmodelsearch.com, which will contribute to the final selection of the winner.