Pelham is a house united 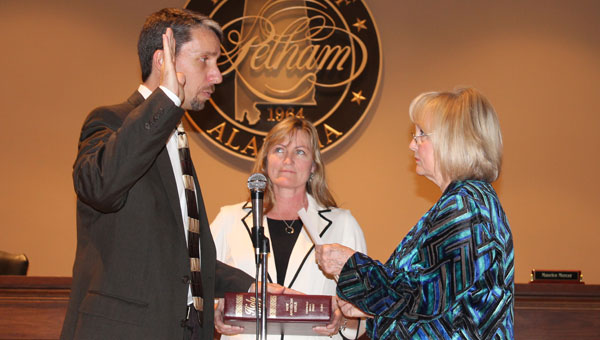 Wise words have been bountiful this fall. Monday’s Pelham City Council meeting featured the swearing in of our new city government — and the first speaker of the event was Pelham First Baptist’s Brother Mike Shaw.

Shaw said, “If a house is divided against itself, that house cannot stand.” Mark 3:25 never seemed so appropriate.

“We’re on the cusp of another great era in Pelham. Better days are ahead,” Pelham City Councilman Ron Scott said.

Watching this team together, it’s obvious that Scott is right. A wonderful mixture of new energy, abiding commitment and hometown loyalty takes office with Mayor Gary Waters and our new City Council.

Waters has stayed the course — and so has Karyl Rice.

“This is my 8th term as a council member,” Rice said, thanking the voters for their faith in her.

Newly elected Councilwoman Beth McMillan thanked her family and friends for their part in helping her achieve her office. Her children certainly did their duty by keeping their mom’s helping hands volunteering in Pelham’s schools for the last two decades.

“I look forward to a partnership — a collaborative effort to help us move the city forward,” new Councilman Maurice Mercer said,

“My dad was mayor here for 24 years. I care about this city. We cannot succeed by ourselves,” Council President Rick Hayes said.

While Pelham’s new government offers both experience and talents, they possess qualities even more valuable. These city servants are both listeners and learners.

This leadership’s commitment to teamwork brings to mind Shaw’s opening prayerful request that this city become the place that God wants it to be.

Only with collaboration and teamwork can we achieve our best. Pelham’s new city government is unified as one house, working from one agenda, with essentially only one matter of business-creating, in collaboration with citizens, business owners and employees, the very best Pelham possible.

Pelham High School students showcase their talents during the school's first Rock the Hill show at the school. (Contributed) By... read more