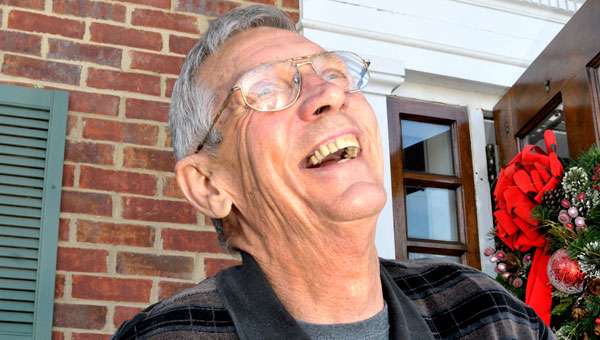 It needn’t be a holiday to find Billy Dean Harris in good spirits. His upbeat attitude has served him and his hometown of Helena well throughout many decades of growth and changes. (Contributed)

Billy Dean Harris is blessed with a fine mind capable of dredging up a memory or two.

Six years old in 1940, he recalls, “We were poor, poor as church mice, but everybody was poor. We didn’t have indoor plumbing, but then we didn’t know what it was.”

Harris’s father died of black lung — undiagnosed in those days — when Harris was 4. He and his sister, Jean Benson, attended Helena’s nine-grade school with some 200 other students.

Harris was first appointed to the Helena Town Council in 1964-68 by then Mayor Dick Davidson and then served for 30 years under Mayor Penhale. In 1998, Paul DeCarlo ran against him and won.

“From the start, there were five members — we worked for free until a law requiring compensation was passed in the ’80s. We didn’t know anything about city government — so much didn’t apply to small towns like us.”

“Once Sonny got in, things started to moving. We’d travel to Montgomery — paid our own way, the city had no money. Emmy Davidson worked for free as city clerk; she came twice monthly for council meeting and would tote the city books in a sack.”

After retiring from Fruehauf Corp. at 55, Harris was hired by Brian Hinds to help read water meters. He recalls counting 480 water customers and 450 gas customers as late as 1990.

“We’re not a big city now, but we’ve come a long way from the city being just the property within a half-mile radius of the old city hall.”

Harris was chairman of the Helena Utility Board when Helena installed its first sewer system in the early ’70s.

“Everybody wanted a sewer system, but nobody wanted it to come close to their house. It was a trying situation that needed sorting out often,” he recalls.