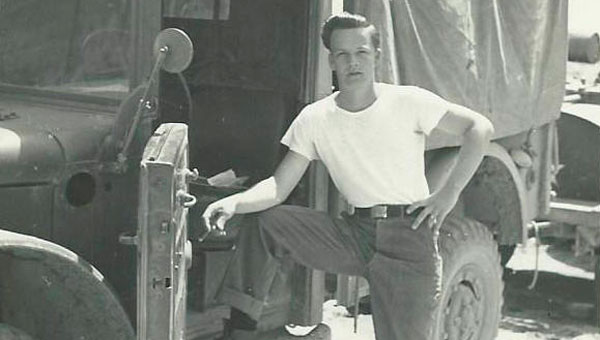 As a youngster, I remember small town Veterans Day parades, meetings on the courthouse steps, speeches by the mayor and local dignitaries and many men wore their old uniforms.

Seems like we don’t note this holiday and make much of it anymore. Some churches don’t even recognize their vets. I want to thank all who have served – no matter what the capacity.

I am a World War II baby. My dad was exempt because he did “vital work” at the shipyard in Mobile and because of a health issue. I did have at least four uncles who served in World War II. The man who would later be my father-in-law served as a gunners mate in some fierce action in the South Pacific. Two of my first cousins saw active combat in the Korean War.

The Vietnam Wall gave me the shivers when my husband and I searched for the names of a couple of his Army buddies. We have many friends, family and acquaintances who have been affected by different wars.

This past Sunday was Veterans Day. Many of us remember November 11 as Armistice Day. President Woodrow Wilson declared November 11, 1919 to be from that day forward the date set aside to honor those who served.

Schooling, sweethearts, parents, siblings and jobs were left behind and the future was a big question mark during World War II. Sometimes families moved “back home” or got government housing.

Women who had not worked went to factory jobs, waitressing or whatever.

Several personal acquaintances served in Vietnam. Think of all the terror of Desert Storm/Shield in Iraq and now Afghanistan. Loss of life and limb, family and dreams — these sacrifices deserve more honor and thanks than we are able to give.

Veterans Day is not just a holiday, but a heartfelt celebration to honor America’s veterans for their patriotism, love of country and willingness to serve and sacrifice for the common good.

Take time today and say thank you to a veteran!