‘Happily ever after,’ Rick and Jill Karle 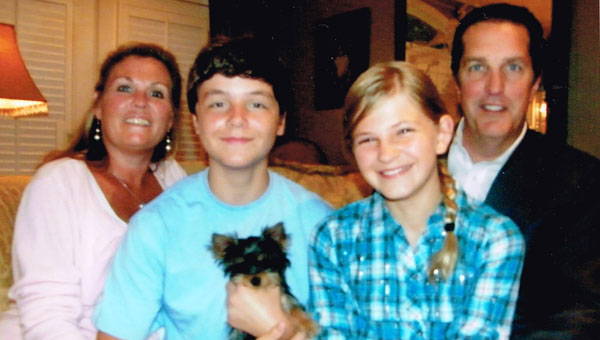 The two first met in Hanover, N.H. She had just completed school and he was a sports announcer for a small television station in White River Junction, Vt. To be more specific, they met at a disco. If that doesn’t “date” them enough, then their 28-year marriage does.

Rick is the sports director at WBRC. With all of us watching him give the sports highlights and announcements each night, it’s hard to believe he has time for much else. Add to that Jill’s private law practice and serving as one of only three Guardian Ad Litems for one of the nation’s fastest growing counties, and it seems impossible. Not so, the two say. When work is done it is family time.

Jill and Rick spend a great deal of time with their children. “We spend lots and lots of time at sporting events,” Jill said. Mia is a competitive swimmer with the Birmingham Swim League and Noah is a goalie for the Birmingham United Soccer Association. So sports is more than Rick’s job, it’s a large part of his family’s life together.

In their extra time, if there is any, Jill volunteers at their children’s schools and for Mia’s swim team. Rick is busy emceeing charity events along with other speaking engagements.

Theirs is a give and take relationship. Jill said, “We pitch in and help each other out. We don’t define our responsibilities as his or hers.” That is marital bliss and teamwork at its best.

Jill said, “Marriage is a series of peaks and valleys. Have patience during the valleys and enjoy the peaks.”

“If you remember that marriage is not about you but about your spouse, you’ll be married happily after ever,” Rick said.

While Rick’s job is high atop Red Mountain and Jill’s is on Main Street in Columbiana, they live “happily ever after” in North Shelby County.