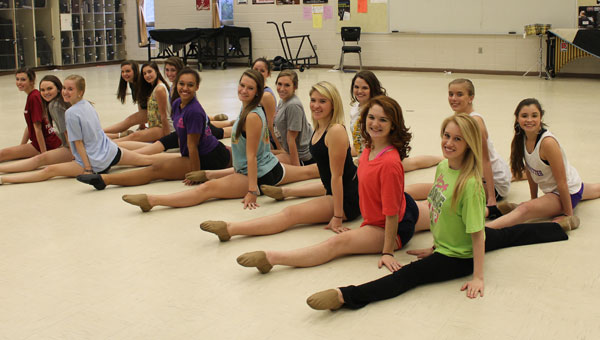 The end of era requires a fitting celebration. After many years as the PHS Pantherette sponsor, Laura Cochran is passing the torch to English teacher Jenni Russell, who will take over after this year’s Pantherettes end their competition season.

Fortunately, Cochran is staying on at PHS as our senior counselor. When Cochran’s daughter, Liz, was in the running for Miss Alabama, the two women launched a fundraiser supporting the American Heart Association as part of Liz Cochran’s platform. The fundraiser was named With Every Beat, and has featured area dancers representing schools and studios from the area since its inception in February of 2007.

Liz Cochran became Miss Alabama 2009 and competed in the Miss America pageant. With Every Beat continued long after the pageants ended. This year will be the final With Every Beat.

As a grand finale, Laura Cochran plans to end this year’s performance with a dance that will be fun for the entire community. The last dance of the final With Every Beat will feature all former Pantherettes who want to participate. Everyone who has ever been a Pantherette is invited.

“I wanted to do this as a way to get everyone back together,” Cochran said. “I also wanted to do it because women approach me when I’m with the girls and tell us that they were Pantherettes when they were at PHS. The girls are fascinated by the former Pantherettes.”

Cochran’s PHS Pantherettes have had an amazing run. They’ve won numerous titles and awards, they’ve performed countless hours of community service, they’ve given amazing performances and they’ve earned the respect of all who come in contact with them.

The final With Every Beat will take place on Feb. 16 at 7 p.m. in the PHS auditorium. Tickets are $5 and will be available at the door. Rehearsals begin soon for all current and former Pantherettes who want to join the last dance. Pantherette moms are providing refreshments for a reception following the performance. If you are a former Pantherette who wants to participate, email Laura Cochran at lcochran@shelbyed.k12.al.us.

By CONNIE NOLEN / Community Columnist Being named to the All Shelby County team is impressive. Pelham High School has... read more