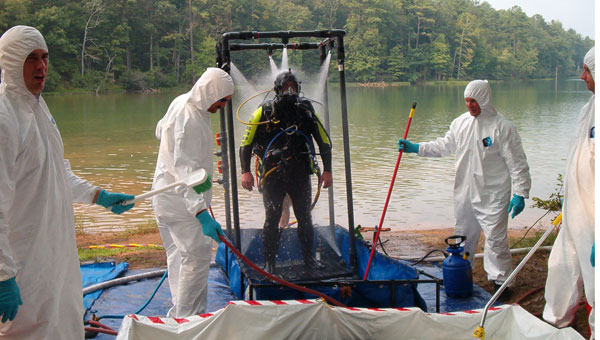 Real-life superheroes don’t wear capes, and heaven forbid the mention of Spandex. They quietly protect citizens from behind a police badge or under a fire helmet and humbly shake their heads when the word “hero” is mentioned. The members of the Calera Dive Team are no exception.

There’s a sense of waiting, of anticipation, as they work as police officers, firefighters and in supporting day jobs. They don’t know when the call will come, but they’re ready and waiting to respond. They don’t get bonuses for recovering drowning victims or evidence from murky ponds. They simply return to their jobs of protecting citizens on land and wait for the call that may ask them to pull on wetsuits and dive into what most would describe as a nightmare.

Leaning back in his office chair at the Calera Police Department, Dive Team Commander Clint Barnett described a scene that most only experience through viewing horror movies. Whether diving for drowning or murder victims or hunting for evidence, the Calera divers take time away from their day jobs to submerge themselves into the watery depths.

“You’re down there; you’re going by feel. You’re not floating like you see on Discovery Channel where everybody is kicking through the beautiful water,” Barnett said. “We basically go to the bottom for the most part, and we run the mud. We take the rope and do our hand searches.”

The divers rarely use lights, as lighting could hinder their vision even further.

“It’s just easier if you go ahead and close your eyes. Sometimes you see things that are not there if you’re straining to see things,” Barnett said. 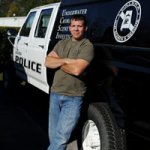 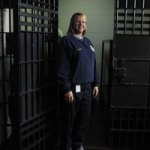 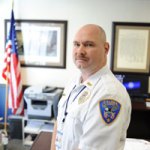 The Calera Dive Team was formed after a truck operator backed an 85-ton truck off a quarry wall in Calera in 1999. The truck slid about 20 feet down a slope before free falling 15 feet and landing upside down in 130 feet of water in the quarry. The fall killed the driver, according to the U.S. Department of Labor. Authorities contacted Barnett, a recreational diver and law enforcement officer, and now-Police Chief Sean Lemley as part of the team to work the accident.

“Of course, we didn’t know what we were really doing. At that point, we realized (the dive team) may only be needed one time, and it could be another time, but I’d like to know what I’m doing the next time. We started realizing we need to form something because there really wasn’t anything around,” Barnett said.

Today, the 14-member dive team responds to about five calls a year, though 2012 was a busy year for the team.