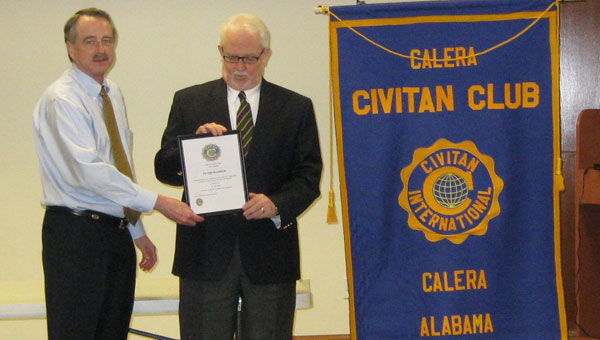 ‘Tis the season for college applications and scholarship searches. High school seniors have spent much of the past two years taking the ACT test, touring college campuses and applying for scholarships in preparation of graduation and continuing their education.

If you didn’t finish high school, it doesn’t matter why and you still can. Passing the GED test is the equivalent of getting your high school diploma. Bert Sims, adult education and skills training director at Central Alabama Community College, told Civitan members it’s never too late to finish high school.

Sims said people tend to stereotype dropouts as lazy, sorry, rebellious, dumb or some other similar trait. When asked why they dropped out, the answer is usually, “Momma and Daddy lost their jobs and I had to go to work.” Or, “We moved around 15 times and I was just never in one place long enough to make progress.” Almost every drop out has a plausible reason.

Alabama ranks fourth highest among the states in percentage of adult population functioning at the lowest rate of literacy. As many as 62 percent of Alabama businesses report a shortage of capable semi-skilled workers; 66 percent of manufacturers report that incumbent workers have serious deficiencies in math as well as oral and written communication skills, and are deficient in basic employability skills.

By MOLLIE BROWN / Community Columnist I’m questioned every day. “Will you put my clothes in the dryer?” “Will you... read more