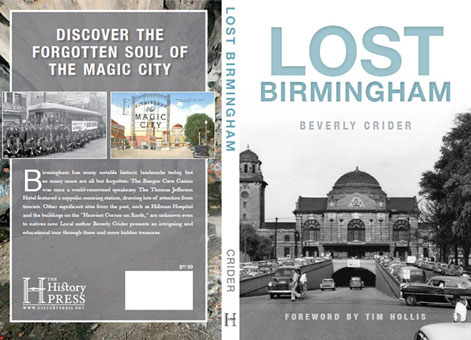 Somewhere in the past few months, I became aware of an entity called Strange Alabama on Facebook.

So much of what I read there was just the kind of oddity that has fascinated me since moving to Alabama in 2005.

Kyle and Beverly, both Alabama natives, started their Strange Alabama Facebook page about three years ago.

“Strange Alabama was Kyle’s brainchild,” Beverly said. “He’s always been interested in regional folklore, ghost stories and history. It didn’t take much prodding to get me on board! I took over the day-to-day operation as time allowed and it evolved into something I care about deeply.”

“Just when I think there can’t be anything else new and exciting off the beaten path, I’ll stumble across something on a road trip or one of our fantastic ‘Strange Alabamians’, as we call our readers, will tell me about some location I’ve never heard of or about one of Alabama’s amazing folk artists.”

“Last year I began to write a Strange Alabama blog on AL.com as another extension of the Strange Alabama brand. One of the editors at The History Press read the blog and asked if I would be interested in writing a book for them. I jumped at the opportunity; I’ve always wanted to write a book. After tossing around a few ideas, we settled on the topic of lost or forgotten Magic City landmarks.”

“Kyle continues to come up with many new ideas for the page. One exciting feature we hope to offer soon is a mobile app Kyle will design so our readers will know about sites along their route as they travel or about places to visit in their own neck of the woods. We’ve had requests for this from a number of people and we hope to be able to provide it soon!”

On April 30, Crider’s book Lost Birmingham will be released by History Press. Alabama Booksmith in Homewood will host a book signing, beginning at 4 p.m. on Tuesday, May 7.

Laura Brookhart is a community columnist and can be reached at labro16@yahoo.com.

Helena man strives to give doodles a life of their own

Andrew, Zander and Toph Kent with their father, Samuel, not only get a lunchbox cartoon drawn for them each day,... read more