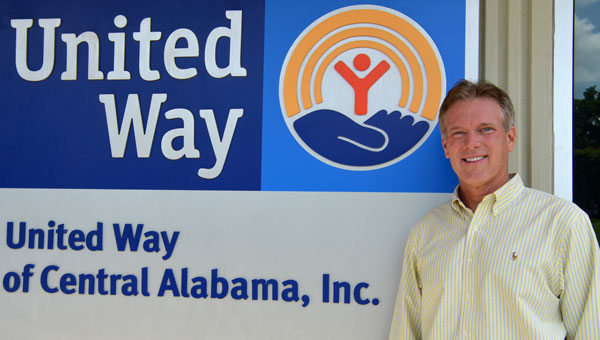 Randy Betsch is the vice president of agency impact for United Way of Central Alabama.

UWCA’s mission is to increase the capacity of people to care for one another and to improve their community. UWCA allocates approximately $27 million to 80-plus partner agencies. It is Betsch who oversees the annual allocations process, helping with the agency review process and working with each of their partner agencies to maintain a good working relationship. As a leader in such a large agency, Betsch defines leadership as “having a positive influence in other peoples’ lives.” He believes leadership should function more like a democracy than a dictatorship.

“I have found that if you join in with your team members and work beside them on projects, they will be much more willing to give their best effort than if you issue orders from your office,” Betsch said.

“You can’t force people to follow you. If you’re leading and no one is following, then you’re just out for a walk,” Betsch said. His best advice is to lead by example.

Betsch once worked for a construction supervisor who worked harder than anyone else on the job. He was the first person there and the last person to leave. Nothing was beneath him. The rest of the team respected his work ethic and followed willingly. This was a good model for Betsch to follow and an example he strives to emulate.

Because he works for United Way, he has the opportunity to be involved in multiple volunteer activities within Shelby County. He recently spent the day working at the King’s Ranch, which offers a home to youth, women and children who are seeking refuge from difficult situations beyond their control.

When he’s not working, Betsch enjoys trail running, cycling, golf, skiing and motorcycles. He and his wife, Wendy, have three children: Diana, Stephanie and Justin. They live near Harpersville.

Many agencies in Shelby County benefit from United Way of Central Alabama and we appreciate Randy Betsch and his staff for the work they do to help people in our community.

Beth Chapman, Alabama’s secretary of state, is a community columnist for Shelby County. She can be reached at bethchapman@bellsouth.net.

Clubwomen honored for years of service