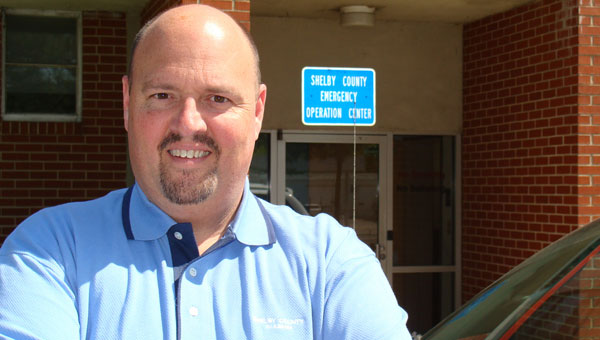 His work with the Southern Baptist Disaster Relief and Amateur Radio led him into his present job. His first disaster relief trip was with the North Shelby Baptist Church to Louisiana after Hurricane Katrina. It was the “incredible opportunity to help people” he saw firsthand that made him realize the importance of emergency communications.

“My passion for helping others was fulfilled through Amateur Radio (N4HUB) and becoming an endorsed disaster relief chaplain through the North American Mission Board,” Harvey said.

He later performed work in Minnesota, Iowa and Florida. He was team leader and chaplain for a Shelby County medical team deployed to Port au Prince, Haiti, after the earthquake.

After the April 27, 2011, tornadoes, he spent time in Jefferson County’s Emergency Operations Center and was deployed to assist with emergency communications. “Amazing opportunities developed to help survivors and responders through Critical Incident Stress Management and a cup of cold water,” Hubbard said.

“These experiences, combined with being president of the Shelby County VOAD (Volunteer Organizations Active in Disasters), led me to search for additional opportunities in disaster relief and Emergency Management,” he concluded.

He said after 9/11, emergency management changed from a primarily weather-based approach to an “all-hazards” approach. They now work with fire departments, law enforcement, city and state agencies to develop and exercise Shelby County’s Emergency Operations and Hazardous Mitigation Plan. His office deploys to fuel and chemical spills and works with the Shelby County Local Emergency Planning Committee and other agencies.

“Billy Graham’s character and integrity were priceless. We were able to accomplish so much, like recruiting 400-plus churches per city and recruiting thousands of volunteers, based upon one man’s reputation. I learned that when everything is said and done, all we really have is our own character and integrity. If you can be found trustworthy and loyal, then others will follow,” Harvey said.

Beth Chapman, Alabama’s secretary of state, is a community columnist for Shelby County. She can be reached at bethchapman@bellsouth.net.