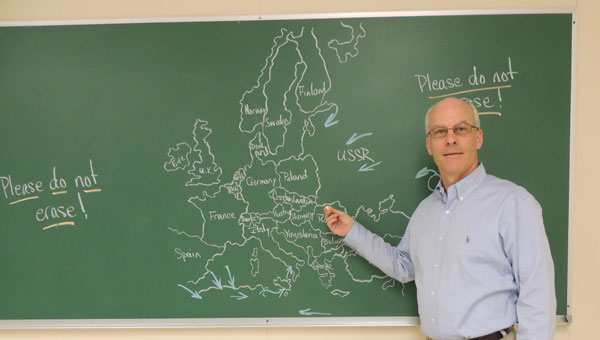 Professor Jim Day of the University of Montevallo. (contributed)

A graduate of the last all-male class at the U.S. Military Academy at West Point, and retired from the Army after 16 years of active duty service as an infantry officer, Jim Day is a professor of history at the University of Montevallo.

Day is also an author of the book, Diamonds in the Rough: A History of Alabama’s Cahaba Coal Field, the University of Alabama Press, 2013. The book will be released in July of this year.

When asked about leadership he said, “Leaders cannot ‘divest the cloak of authority.’ We never know who is watching and we seldom know the full impact of our actions/interactions, he said.

Leaders understand the importance of policy and procedure, but they also consider the welfare of those they lead, he said.

“Leadership by example is essential, and character matters. In establishing a vision and in providing direction, leaders generate a culture of excellence. By establishing systems and procedures, effective leaders create organizations that will function well even in the leader’s absence.”

Among those who have provided him inspiration are his wife, Rene, Dr. Wayne Flynt, W. David Lewis, Jack Hawkins a reverend and a host of generals and brigadier generals. It must have taken a great many people to inspire Day, because he is truly inspired.

Day lives in Alabaster with his wife Rene and their two daughters, Abby and Mary Afton.