Shelby County mayors to be roasted 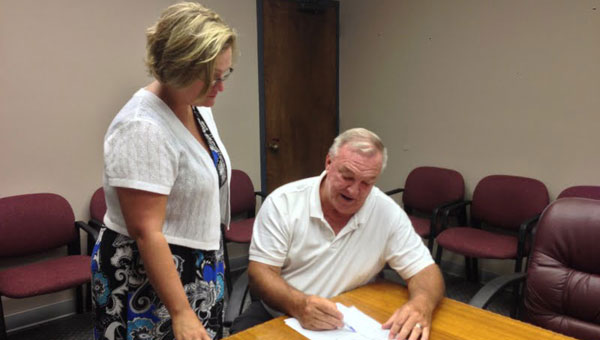 How many mayors does it take to hold a charity roast in Shelby County to benefit abused and neglected children? The answer is 13. That is how many mayors are in Shelby County and they will all be roasted on Tuesday evening, Aug. 27, at the Pelham Civic Complex. A silent auction will begin at 6 p.m. with dinner and the roast to follow at 6:30 p.m.

Former Mayor Bobby Hayes will help conduct the roast and everyone knows that he takes no prisoners – never has and never will. So all the mayors, but particularly the new ones may want to suit up for Mayor Hayes’ sharp wit and downhome sense of humor. He tends to know things that others don’t and he doesn’t mind sharing them.

The fun has already begun as I called Mayor McAllister and he called Mayor McLaughlin a clown. You should have heard what Mayor McLaughlin called him. There will be lots of fun pitting Alabaster against Pelham and lumping the trio of Harpersville, Westover and Vincent into a few stereotypes together. Lots of clean spirited fun will be had by all.

CASA is a non-profit organization that recruits and trains volunteers to go through the court process with abused and neglected children. They are funded in part by the Children’s Trust Fund, a Shelby County Community Grant and they are an Associate member of United Way of Central Alabama.

The public is invited to attend the roast. Tickets can be purchased by calling 243-8753.

Things are happening at the Montevallo Senior Center