As mayor, Graham’s heart is in Calera 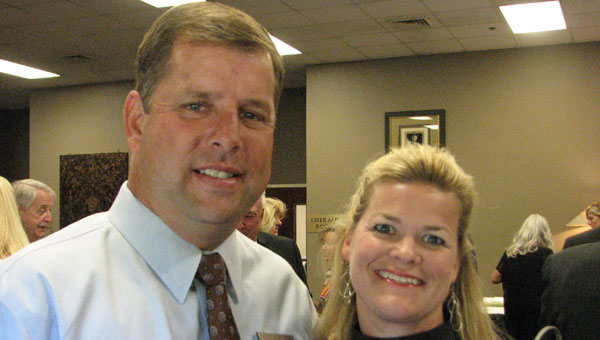 Calera Mayor Jon Graham was born in Birmingham and raised in Vestavia for the first 14 years of his life. He then moved to Calera in 1984. It was where he and his heart would stay and his political career would begin.

Originally elected in 2008 as Mayor of Calera, Graham was elected for a second term four years later. Under Graham’s leadership, Calera has been named as the fastest growing city in Alabama and named by CNN’s Money Magazine as one of the top 100 places to live in America.

Calera, which means limestone in Spanish, is one of the largest chemical lime-producing areas in America.

Graham owns and operates a used auto parts business specializing in Toyota/ Lexus, trucks and SUVs. Having grown up in this type of family business, he chose to step out and form his own business in 1993 – Graham’s Automotive Inc. Two years later, he formed another business, J.G. Properties, which purchases and leases land and rental properties.

Graham claims the best part of being mayor of Calera is he is able to see and be a part of some great changes his community needs in order to continue being a desirable place to live, work and play. He said Calera has many good resources including being centrally located in Alabama along Hwy 65 with 3 interchange exits.

Graham is a graduate of Calera High School and has attended the University of Montevallo.

He is married to Shana Graham and they have three sons, Sam, 12 years old; Ben, 8 years old; and Mac, 7 years old.