NORTH SHELBY – Amie Beth Shaver of Inverness, a self-described conservative activist and a former Miss Alabama, has announced her candidacy for the House District 43 seat to be vacated by retiring Rep. Mary Sue McClurkin. 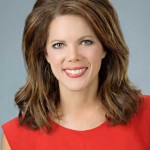 Shaver announced her Republican candidacy via YouTube and social media. In the YouTube video, posted to Shaver’s campaign website, Shaver tells the story of the day her children asked her why they pray for leadership.

“How do you explain to a child the damage that Obamacare and Common Core are doing to our country and their future? The importance of reducing wasteful government spending so that their generation isn’t saddled with the debt burden impossible to overcome? Why we need to grow small businesses so when they get out of college they will be able to find a job?” Shaver says in the video.

Shaver continues: “I realized then that anything I said to them wouldn’t be enough. It was time for me to act.”

Shaver, a Samford University graduate who grew up in Shelby County, is the adopted daughter of Dr. Douglas and Barbara Dickinson. She also is the wife of 16 years to Dr. Chris Shaver and the mother of four children — Emmy, 14; Wesley Kate, 12; Will, 10 and Molly, 6. The family attends The Church at Brook Hills.

Shaver was crowned Miss Alabama in 1994. Her platform was adoption and the right to life. She also is the author of the book “Who Moved the Line? America’s Character Crisis.” The book led to a speaking tour on topics including abortion, adoptions, teen pregnancy, motherhood, faith and politics, according to Shaver’s campaign announcement.

The announcement also states Shaver is a spokesperson for several conservative grassroots organizations in Alabama and a frequent guest on conservative talk radio.

Calera High School students donated two basic utility vehicles, which the students made in class, to a free clinic in... read more