Jumping the fence to brave a new world 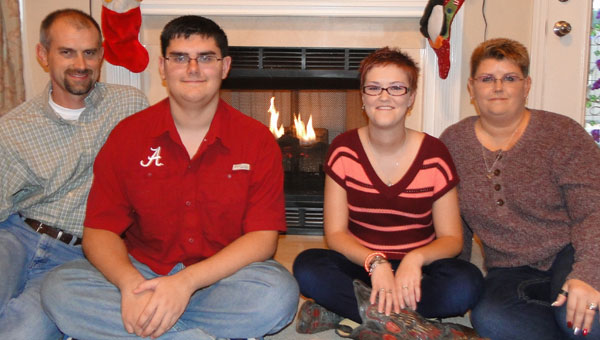 When Lizzie Yoder, born in the Schwartzentruber Amish group, questioned behaviors and conveniences the bishop and church leaders said were not permissible, the answer was “because it’s always been this way.”

That led her to ponder is there more to life, so she “jumped the fence” and embraced the “English” lifestyle.

Lizzie and her older sister Clara met Paula Franks when she hired them the spring of 2009 for her housecleaning business in Orrville, Ohio.

“The girls were curious about our culture and thought it would be fun to live with my family,” Paula said. “They came to our home many times, so we became very close. It upset them when we told them we were moving – Lizzie the most.”

Lizzie understood little of the Amish religion. The sermons and Bible translation are in High German, a language she’s not fluent in, but one belief she understood.

“We are told we will die and go to hell if we leave because you should stay where you are,” she said.

“The difference is they follow the Bible literally as in women not cutting their hair,” he said. “Church is conducted more in why it’s important to live that way, rather than Jesus preached.”

Paula, Ralph and their son Dominic moved to Calera that October, but stayed in touch with the girls. When Lizzie wrote about a situation in her home, the Franks invited her to join their family. Clara had joined the church, so she would be shunned if she left.

In June 2011, Lizzie, then 19, informed her parents of her decision to leave and the Franks picked her up at her home. She has legally changed her name to Aurora Yoder-Franks, wears the latest fashions and hairstyles and loves Alabama football. Having only completed the maximum Amish education, eighth grade, she obtained a GED in order to attend a local junior college where she plans to earn a degree in early childhood education.

“Without (the Franks) taking me into their home, I would never have been able to do this,” Aurora said. “I feel like I’m a new person, why I chose the name Aurora. It means new beginning.”