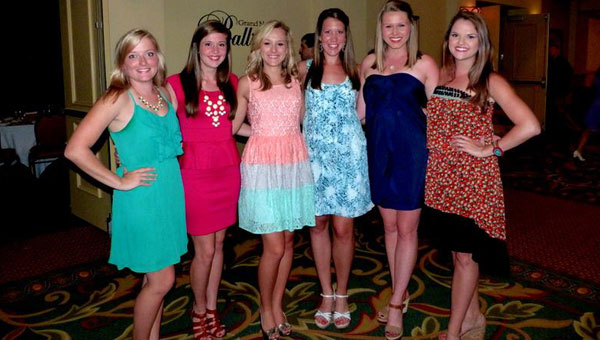 “It was the trip of a lifetime—I was blown away by California’s beauty!” said Pelham High School alumna and Auburn University freshman Maddie Gathings. Gathings, a member of Auburn University’s Tiger Eyes Dance Line, was one of several grads representing Pelham when Auburn and Florida State met at the BSC Championship in Pasadena, California.

“Pelham High School will have a player on each team,” PHS Principal Bob Lavett mentioned before the holidays. “Auburn’s Jake Holland and Florida State’s Nigel Terrell were both 2010 Pelham High School graduates.”

According to Jeff Holland, Jake Holland’s dad, the two former teammates did visit briefly before heading back to their respective southern universities. Both young men represented their colleges and their old high school proudly on the field of play.

“Jake and Nigel were both excellent high school players who shared a tremendous work ethic. Both were passionate about playing the game and both young men were leaders in our program,” PHS head football coach Brett Burnett said. “Seeing them meet in the National Championship was extraordinary.”

“We had our senior banquet in the ballroom of our hotel in Newport Beach,” Perkins said. “The senior banquet is an event that we anticipate all season. We dressed up, enjoyed a nice meal and watched a video compilation of memories from this season. To end the evening, all of the seniors were recognized.”

“My favorite memory from the trip is performing at the Rose Bowl. It’s such an epic stadium full of history. I was so fortunate to perform there,” said Auburn junior and PHS 2011 grad Rachel Abel, also a member of the Auburn Tiger Eyes Dance Line. “The best moment was during pregame, standing on the field with my Auburn University Marching Band family, listening to ‘God Bless America,’ and watching the Rose Bowl emblem at the top of the stadium. I realized how lucky I was and how I’d never be in that moment again. The experience was exhilarating!”