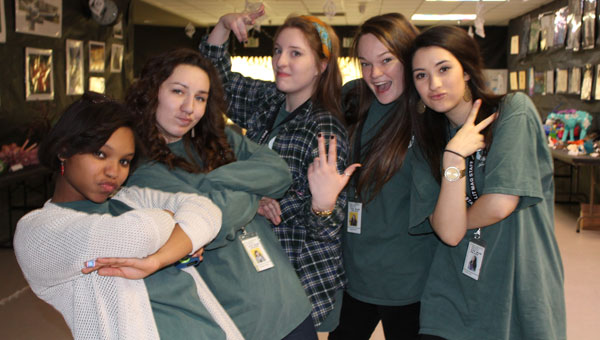 We’ve moved Write Night before. We’ve shifted times to work around basketball playoffs, changed Thursdays when too much fell on a planned Write Night date. Yet, Write Night had never been postponed even once due to weather—until this year.

After rescheduling Write Night two times, Feb. 13 promised perfection. The high on Thursday, Feb. 13 was predicted at 50 degrees. Everyone was ready to get back to school and celebrate the 10th annual Write Night.

“Shelby County Schools will be closed tomorrow, Thursday, February 13, 2014,” was the email that went out at 8:23 p.m. on Wednesday. After the cloud of disbelief cleared, the frantic emails flew, and Literary Magazine staffers emailed, texted and tweeted so much that sparks surely flew through cyberspace, I was thrilled to send another message.

After jubilation and relief, uncertainty followed. Would students be able to get the word out without school in session? There would be no afternoon announcement, no PHS Live commercials, no reading of signs in the hallway.

Students had only Twitter, Facebook, Instagram, texting, emails, and old-fashioned phone calls — and a few short hours to spread the almost unbelievable message. School was cancelled, but Write Night was a go.

What a prophetic statement! Every single performer came to Write Night and took the stage performing to a huge crowd. Many teachers were on hand along with counselors, administrators and parents. Every business came through with promised door prizes and treats. Kai Smith from Kai’s Koffee announced that, beginning in March, she will host PHS Open Mic night monthly. Cynthia Joyner, PHS poet extraordinaire, surprised students with her performance.

Maybe we’re wasting paper and ink on signs. Write Night 14 was awesome. Pelham High School students support the arts and each other with absolute devotion.