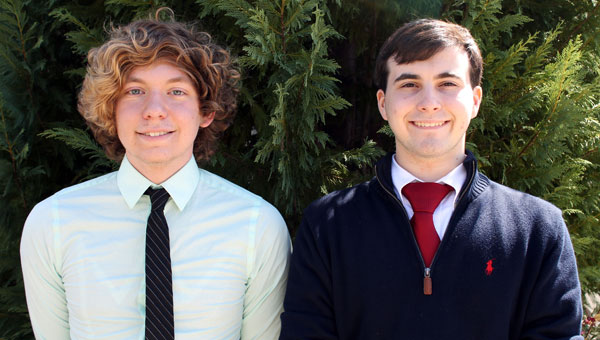 Rigdon credits the team’s devotion and strong leadership for their success. “I always tell these students that their accomplishments are a result of their efforts. This team is prepared for every tournament. I leave all the research and case-building up to them—which takes a lot of preparation on their part.”

“Mrs. Rigdon is outstanding,” said senior Kane Agan. “She jumped on board quickly and is incredibly supportive. We’re ridiculously happy to have her as our coach.”

“The team has evolved from me leading the instruction to the debaters taking an active role,” said Rigdon. “They lead discussions on upcoming tournaments, coordinate practice sessions, plan fundraisers and design debate team shirts. My role is purely to let them shine.”

However, Rigdon’s debaters realize that she has been vital to their success. “Mrs. Rigdon has shown exceptional talent and skill in organizing the team’s events and members,” said PHS junior Jake McKinstry.

“Being the debate coach has made me a better teacher and speaker on my little stage located in room 157!” said Rigdon.

Watching my once shy student Lindsey Aldridge teach as my confident colleague Lindsey Rigdon is a daily joy.