Have pride in PHS 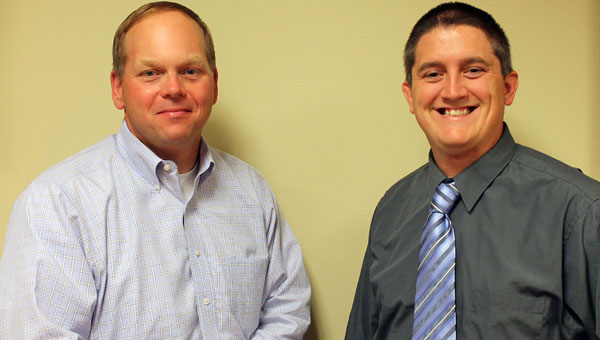 “From five people in an empty room,” Pelham City Schools Board of Education President Rick Rhoades began as he spoke following the introduction of new hires at the June 16 meeting, “…we’ve come a long way,” he concluded.

Stopping by the high school later in the week, I found Yohn settled into his new office.

“This was Pelham High School’s very first principal’s office,” I said. “None of our other principals were in this office — seems about right.”

With the official separation of Pelham City Schools and Shelby County Schools taking place on the first of July, keeping the channels of communication open to parents, students and employees is a priority.

“I have already established a new Twitter account (@PELHAM_HS) and would love to get the word out about that. We will be using Blackboard Connect to do that in the next few days. We will develop a Pelham High School Facebook page as well,” said Yohn.

Yohn asked questions and wrote down names and notes about publications teachers, training, publishers and software as we spoke. Intent on being prepared for every detail of the coming school year, he is a man on a mission.

“We have the unique opportunity to re-brand our school. With the split from Shelby County and Helena High School, we are in a position to move Pelham High School to greater heights,” said Yohn. “Our focus should be having pride in all that we do at PHS. We are Pelham will be a phrase that will be used a lot in the near future.”

We are Pelham. The phrase rings true. With Pelham City Schools a reality, we are uniquely and independently Pelham. Pelham’s future holds great promise and PHS prepares for a powerful new beginning.

Ready for the celebration