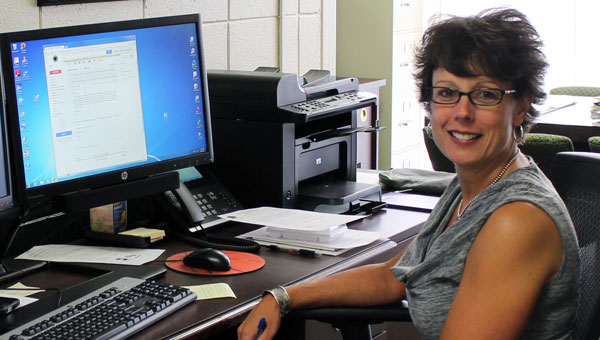 Kim Kiel Srecently was elected to serve as a member of the Alabama High School Athletic Directors and Coaches Association. (Contributed)

Kim Kiel has always been a person who gets things done. Lately, she’s been in a whirlwind of activity and change transitioning into the position of Athletic Director for the Pelham City School System.

For years, Kiel has taken on the enormous job of validating the eligibility of our student athletes with the Alabama High School Athletic Association. As system athletic director, Kiel hopes to see true continuity bloom for our student athletes as they progress through our schools.

“I’m a Pelham Panther one hundred percent,” Kiel said, “and I am so excited to see the opportunities our kids will have in this new system.”

Recently elected to serve as an officer of the Alabama High School Athletic Directors and Coaches Association, Kiel was invited to attend the Uncommon Coaches Clinic in Colorado last July by Alabama High School Athletic Association Executive Director Steve Saverese and Director of AHSADCA Alvin Briggs. Savarese was a featured speaker at the event. Kiel’s call to leadership at the state level reveals that her reputation as a valuable collaborator reaches well beyond Pelham’s city limits.

“Knowing that I have Kim Kiel’s support makes my job as a coach doable and allows me to still be effective as an AP History teacher,” said Pelham High School’s head softball coach Sabrina Tutchtone. “What Kim does for coaches by validating eligibility and serving as our AD is not something that coaches at many high schools have. We are truly fortunate.”

Kiel has also served as an interim administrator at PHS and her support for academics has been enormous. Kiel’s appreciation for her co-workers reveals her true servant leader demeanor.

“I want to express my sincere appreciation to our administration, faculty, and staff here at PHS. It is the off the field hard work and dedication of these individuals that truly allows our academic students to become gifted athletes.  I am blessed to be a small part of an All-Star Team,” said Kiel.