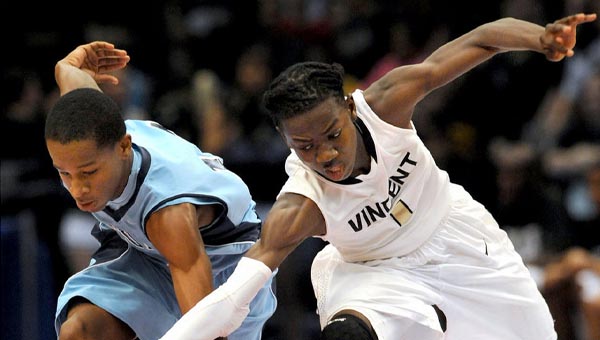 The Vincent Yellow Jackets beat the Asbury Rams in their 2A Sub Regional tournament game on Feb. 10 to advance to the Sweet Sixteen. (Contributed)

VINCENT- On Feb. 10, the Vincent Yellow Jackets were able to stave off elimination from an Asbury squad that was trying to keep itself alive in postseason play. Vincent came into the game as the recently crowned the 2A Area 9 champion, while the Rams of Asbury were fresh off an Area 12 championship game loss to Cleveland.

Both of these teams came into the game with less than 10 losses on the year, Vincent at 20-9 and Asbury at 23-5. Asbury was ranked as high as second in class 2A by the ASWA this year, and the team was looking to bounce back from a disappointing area championship loss with a promising postseason showing, however the previously top-ranked Yellow Jackets had other ideas in mind.

Vincent jumped out to an 18-14 lead in the first quarter, and went into the locker room at halftime up 29-25. The game remained close going into the fourth quarter with the score standing at 41-38 before the Yellow Jackets pulled away late, hitting free throws down the stretch to pull away 62-48.

“It was a tight game,” Vincent head coach John Hadder said. “The score is a little deceiving. They fouled us in the last minute and a half which kind of stretched it out. We had a tough time stopping Riley. He had 38 of their 48, but we played hard, I was proud of the effort.”

Oliver Riley, Asbury’s star senior, led all scorers with his 38-point effort. JaCorey Roper led the way for Vincent with 27 points and 10 rebounds to record a huge double-double, while Vec Hamilton finished with 11.

The Yellow Jackets have had a stellar campaign this year with their senior-laden roster, which is no surprise to the small school that has come to expect postseason success over the past six seasons under Hadder. During Hadder’s regime the Yellow Jackets have been to the state title game once, the Elite Eight three times, and the Sweet Sixteen every year he has manned the helm, including the current year, and he believes this team can be special.

Vincent will face Randolph County at 7:30 p.m. on Feb. 12 at Jacksonville State.