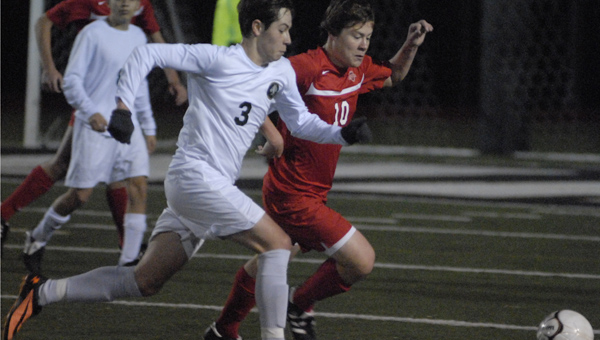 PELHAM- The Pelham Panthers defeated Hueytown High School 10-0 in a Feb. 24 contest at Pelham High School. Amilcar Canas struck first in the early going, scoring in the third minute off an assist from Jose Jimenez to give the Panthers the early led. Jimenez scored an unassisted goal in the sixth minute to put the score at 2-0 in the very early going. Austin Bowen scored the third goal in the first 10 minutes of play in the eighth minute off an assist from Junior Tejada, and the score was 3-0 while the contest was still in its infancy.

Armando Valencia scored in the 46th minute with an assist from Javier Pineda. Pineda added a goal in the 47th minute and another goal in the 50th minute to make the score 10-0, which forced the game to end prematurely. Andrue Ham and Henry Garcia combined for the shutout with one save.

The Panthers advanced to 5-2-1 on the season and will play Briarwood Christian on Feb. 27 at 7 p.m.

Chelsea split a pair of games with Pleasant Grove on Feb. 24. They lost the opening game 2-1 but bounced... read more