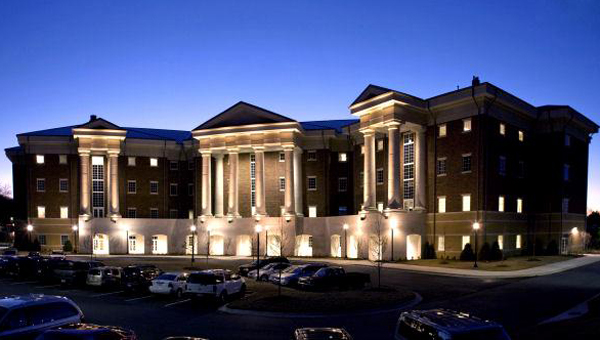 Jefferson State Community College will celebrate its 50th anniversary with a special reception and dinner event on May 7. (Contributed)

HOOVER—Fifty years of athletics, arts, community and, of course, education are in the books as Jefferson State Community College celebrates its golden anniversary this year. On May 7, the college will reflect on the past, celebrate the present and look toward the future with a special reception and dinner event at the Shelby-Hoover campus.

The festivities will begin at 6 p.m. with a reception in the lobby of the Health Sciences building. Various stations will be set up highlighting the many courses of study offered at Jefferson State, including demonstrations by emergency medical technician students with life-like dummies.

“It’s going to be really cool,” Holmes said. “There are so many different things Jeff State does that nobody knows about.”

Attendants will also get to peek into the school’s past through a timeline and capture memories in a photo booth set up during the reception.

A dinner, catered by students in the school’s well-known culinary program, will begin at 7 p.m. It will feature four buffet stations with options such as beef tenderloin and fresh-rolled sushi. There will also be dessert treats including “beautiful chocolates and truffles” hand crafted by the students, Holmes said.

At 7:45 p.m., a special commemorative video will be screened.

“We have been working on for months on this,” Holmes said. “It’s really hard to put 50 years of history into 10 minutes.”

The celebration will also reflect on long-time Jefferson State president, Dr. Judy Merritt and her portrait will be unveiled during the evening.

“Its a commemorative celebration of her life and legacy at Jeff State,” Holmes said.

The celebration is open to students, faculty, staff and alumni of Jefferson State, as well as the community. Tickets are $25 and can be purchased online at Jeffersonstate.edu/celebrate50.

“We wanted that price point to be where anyone could afford to come,” Holmes said. “We wanted to make it very accessible and very comfortable for everyone to attend.”

Vinny Rodriguez extended his hitting streak to 25 consecutive games on April 21 against University of West Alabama. (Contributed) FROM... read more