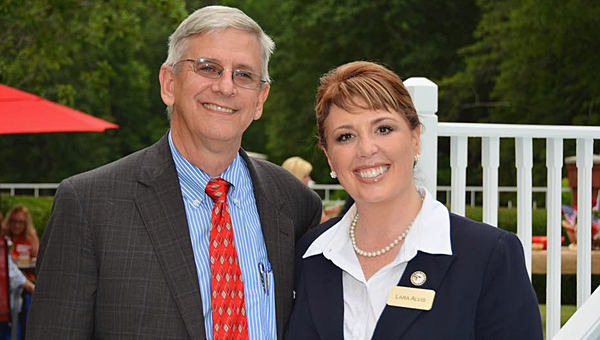 Alvis, who operates a private law practice with her husband, Barry, off Valleydale Road and in Columbiana, announced her candidacy during a June 25 party at the home of Indian Springs Mayor Brenda Bell-Guercio.

“My plan, if elected, is for me to be as fair and impartial as possible. I want to be sure the citizens feel they have had their day in court,” Alvis said during a June 25 phone interview. “I want to make all lawyers feel welcome.”

Reeves recently announced he will not seek another term in Alabama’s 18th Judicial Circuit, citing family reasons and an ever-changing Shelby County court environment as reasons for his decision.

Reeves said the caseload in Shelby County has grown significantly since he was elected judge in 1998, and said he would like to see the state fund two more judges in Shelby County to help handle the workload.

Alvis said she has tried more than 50 jury trials, and has settled about the same number of bench trials, and said she is prepared to tackle the large number of cases in the county.

“We don’t have enough judges, and there are tons of cases out there,” Alvis said. “I will work to the best of my ability to move the cases through court.”

Alvis said she has been interested in becoming a judge for about two years, and said she has received support from the community.

“I’m a really impartial, fair person,” Alvis said. “To be a judge, you have to put your personal bias aside.”