COLUMBIANA – A 43-year-old Alabaster man will spend the next five years in prison and must pay a $50,000 fine after he pleaded guilty to trafficking heroin in Pelham and assaulting a man in the Shelby County Jail. 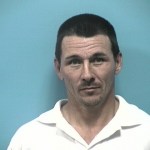 Reeves originally sentenced Knowles to 20 years in prison, but split the sentence to five years in prison followed by three years of supervised probation. Knowles received 790 days of jail credit for time served in the Shelby County Jail before his plea.

While incarcerated in the Shelby County Jail Knowles also was involved in an altercation with multiple other inmates.

During the altercation, Knowles and fellow inmate Sylvester Tensy Wooley assaulted inmate Angel Rubio Gonzalez “by hitting him in the chest, breaking ribs and hitting him about his body and face with his fists.” At the time of the assaults, Gonzalez was a suspect in a 2011 fatal crash on U.S. 280.