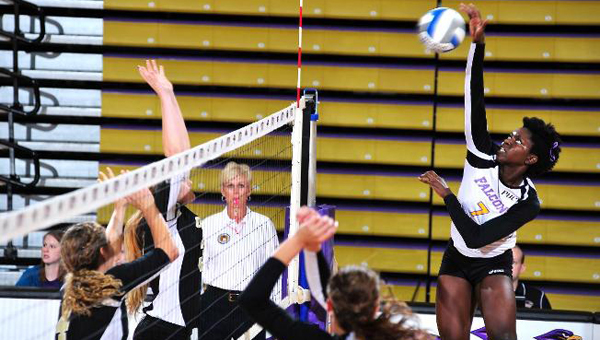 Manyi Ati, former University of Montevallo volleyball standout, has signed a contract with Svelda Volley, a professional team based in Sweden. (Contributed)

The professional club, which was formed in 1985, competes in the Swedish Eliteseries league.

Ati was named first team All-Peach Belt Conference during her senior season at Montevallo in 2013, earning her the distinction of being the sixth player in conference history to be named to the All-Conference team in all four years in her playing career.

Ati, a native of Lawrenceville, Georgia, was also named to both the American Volleyball Coaches Association (AVCA) and Daktronics NCAA Division II All-Southeast Region teams during her senior season. She was also named to the Daktronics NCAA Division II All-Southeast Region team following her sophomore season.

The University of Montevallo men’s basketball team will face Auburn in an exhibition game at Auburn Arena on Friday, Nov.... read more