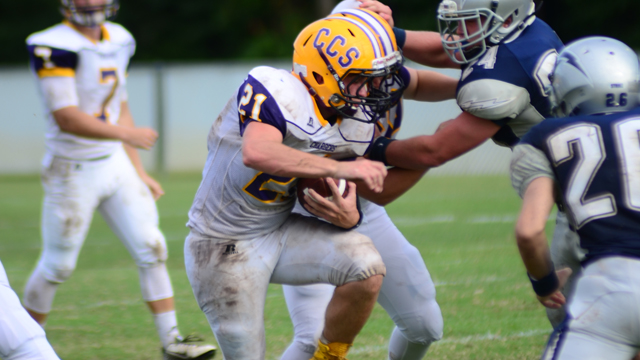 The Cornerstone Christian Chargers picked up their first win of the season on Sept. 2 after beating Sumter Academy 41-0. (File)

COLUMBIANA – The Cornerstone Chargers responded from a 35-0 loss at the hands of the top AISA team in the state last week in Bessemer Academy with their first win of the season on Sept. 2, which came via a 41-0 win over Sumter Academy.

On defense Jahnari Chilsom made several big plays and also had a few sacks and tackles for loss. Theo Mangoes led the Chargers in tackles with 10. Tanner Falkner also played well at linebacker for the Chargers, according to head coach Tim Smith, while Jacob Foster and Rhett Garrett played well in the secondary.

Cornerstone travels to Lakeside this upcoming Friday, as the Chargers will look to get over the .500 mark.

Josh Patton runs in the first of his three touchdown’s on the night as Hope Christian ran over Lighthouse 60-18.... read more