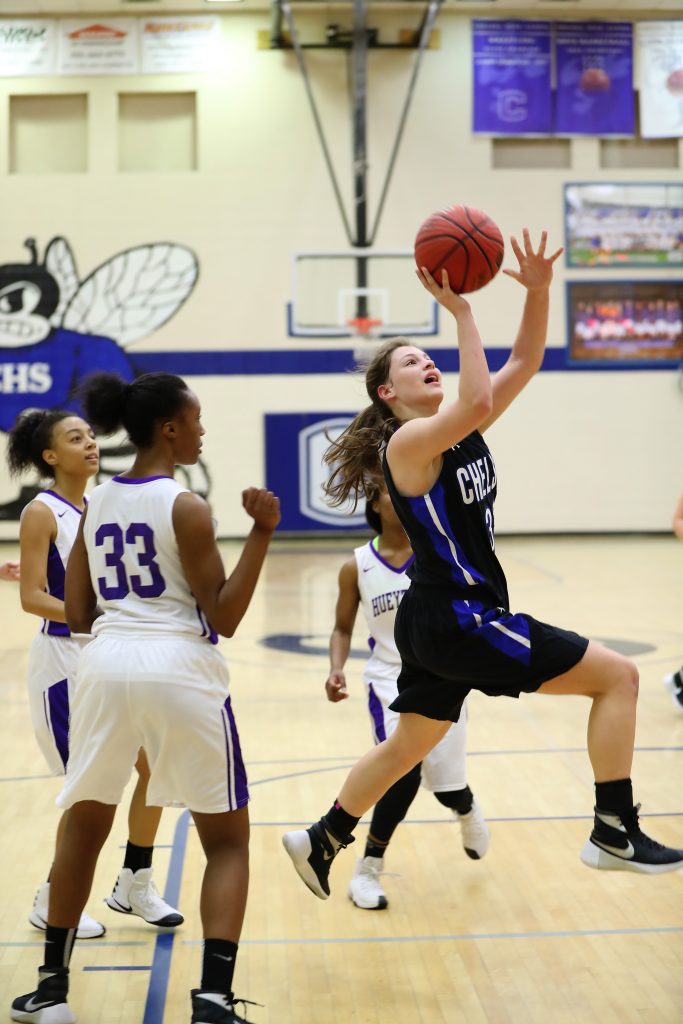 Michaella Edwards led Chelsea with 27 points and had yet another double-double performance. (For the Reporter/Cari Dean)

CHELSEA – Michaella Edwards followed up a game where she scored her 1,000th career point as a sophomore by dropping 27 points in a matchup with Gardendale on Tuesday, Jan. 10. Edwards had a double-double performance in the game as she added 10 rebounds to go along with her 27 points.

She helped lead the Hornets (11-9) to an impressive 61-43 win over the Rockets and got plenty of help from her teammates as well.

Although the final score turned out in Chelsea’s favor, the first quarter didn’t start the way they had hoped as Gardendale jumped out to a 13-12 lead after one quarter of play.

Clearly the Hornets got the message that the Rockets weren’t there to mess around because in the second quarter they turned up the effort tremendously. Chelsea went on a huge run in the quarter and eventually outscored Gardendale 23-12 in the frame as they stormed in front to take a 35-25 halftime lead.

The 23 points were the most they scored in the four quarters during the game, but that’s all the needed to run away with it thanks to way their defense played.

In the third quarter, Chelsea’s offense only put up 12 points, but their defense really stepped up and made Gardendale’s offense look non-existent as they held the Rockets to just six third quarter points. Even just scoring 12 points, the Lady Hornets were able to extend their lead by six and took a 42-31 lead into the fourth.

Chelsea held steady on both end of the court in the final frame only giving up 12 more points as they outscored Gardendale 14-12 to go on to win 61-43. After being outscored by one in the first quarter, Chelsea went on to put up 49 points as they held the Rockets to just 30 points over the final three quarters.

Hope Richard also gave the Lady Hornets an impressive performance as she put up 13 points on 71 percent shooting from the field and was one rebound shy of a double-double. As a team Chelsea shot 14-17 from the free throw line, which was good enough for 82 percent.

By ALEC ETHEREDGE | Sports Editor CHELSEA ­– Chelsea led Gardendale after every quarter and almost the entire way in... read more