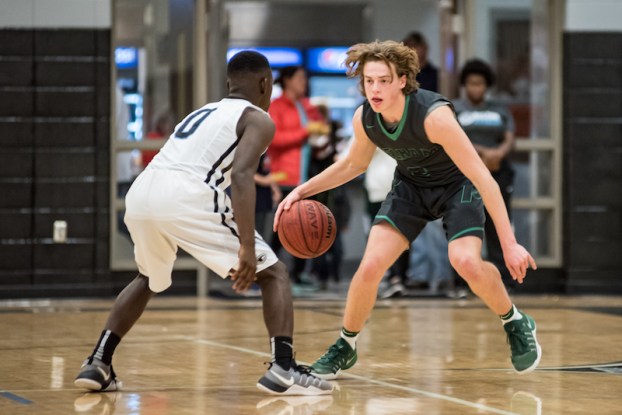 Justin Allison has been great this season and posted 29 points against Homewood to help lead the Panthers to a comeback win over Homewood. (File)

HOMEWOOD – After trailing 39-34 at the end of three quarters, it looked like Pelham’s six game winning streak was in danger of ending, but thanks to an explosive fourth quarter where the Panthers scored 20 points while holding host Homewood to just five points, they were able to nail down a come from behind 54-44 win on Tuesday, Jan. 31.

No. 1 Pelham (18-8, 4-0) outscored Homewood 33-15 in the second half to complete the comeback after struggling to say the least in the first half.

“In the first half, Homewood was better than us,” said Panthers head coach Joel Floyd. “In the second half we played much better on defense and were patient with the basketball.”

Although the first half overall was a struggle, the first quarter itself wasn’t too bad to Pelham. Junior point guard Justin Allison came out on fire in the quarter hitting three 3-pointers and posting 13 points in the period. The problem was he had all but two of the Panthers 15 points in the quarter, showing that the rest of the team was falling behind.

Alabama signee Alex Reese, who had the other two points in the first quarter, and Allison continued to be the only scoring sources for Pelham in the second quarter as they put up six more combined points to account for all 21 of the Panthers first half points. Reese spent much of the quarter sitting on the bench after picking up three early fouls. Pelham trailed 29-21 at the break.

In the second half, the entire team woke up, which was part of the reason they were able to sustain their comeback effort.

Allison, Reese, Seth Torman and Mitchell Rottier all scored in the period and helped the Panthers inch closer to only trail 39-34 heading to the fourth.

In the final period, Pelham was able to grab the lead midway through the period after trailing the majority of the game and thanks to nine points from both Reese and Allison, the Pathers were able to run away with the game down the stretch for the 54-44 final.

“Tonight was a playoff type basketball game,” Floyd said. “When we play Homewood it’s a possession by possession type game.”

Allison led Pelham with a game-high 29 points, while also adding six rebounds and two steals. Reese wasn’t too far behind with 18 points of his own and a team-high nine rebounds.