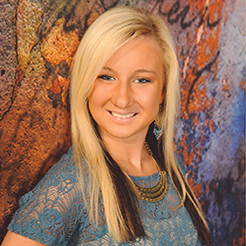 On Thursday, July 13, U.S. District Court Judge Madeline H. Haikala sentenced Rodrigus Lee Pearson, 31, for illegally distributing fentanyl that resulted in a death in January 2016 in Jefferson County. She also sentenced Pearson for distributing heroin on Feb. 8, 2016, distributing fentanyl on Feb. 23, 2016, possessing with intent to distribute heroin, cocaine and crack cocaine on March 30, 2016, and for being a felon illegally possessing a gun – an H & K .40-caliber pistol – on March 30, 2016. Pearson pleaded guilty to the charges in March. His previous felony conviction was for unlawful possession of a controlled substance in Jefferson County Circuit Court in September 2014.

As part of Pearson’s sentence, the judge ordered him to pay $22,893 in restitution to the family of Ashlynn Bailey to cover her funeral expenses.

Bailey, a former University of Alabama student, died after purchasing fentanyl from Pearson. Police found her in a house on Jefferson Avenue in Birmingham on Jan. 30, 2016, after responding to a call of a suspected drug overdose death. Witnesses said Bailey had been purchasing heroin from Pearson and that he likely substituted the fentanyl, which was found in her system, for heroin.

“In those cases where we can prove a death resulting from an illegal sale of drugs, we will pursue an enhanced sentence as we did in this case,” Posey said. “When the use of an illegally-sold controlled substance results in the overdose death of the consumer, federal law provides for a minimum 20-year sentence for the dealer. The rapid rise of overdose deaths in our communities requires that we use all available means to disrupt and punish those who sell these deadly drugs,” he said. “We also encourage our state and local law enforcement partners to consider federal prosecution when they have a death-resulting case in their jurisdiction.”

“Ashlynn Bailey, the victim who died from taking the drugs that Pearson sold her, wasn’t given a chance to plead,” Hamilton said. “She was sentenced to death when Pearson delivered the fentanyl-laden drugs. If you are a drug dealer, you may soon become a murderer and you will be caught and prosecuted.”

According to Pearson’s guilty plea, a taxi driver called Birmingham Police after finding Bailey unresponsive at the western Birmingham house. The taxi driver had left her there the night before and returned to pick her up the next morning to take her to a business on U.S. 280 in Birmingham where Bailey said she worked and could get cash to pay cab fare she owed.

Bailey had borrowed the taxi driver’s cell phone and placed calls the night before. Police later determined that one of the two numbers she called was to a phone Pearson used for drug transactions.

The two drug distribution charges Pearson pleaded guilty to resulted from controlled purchases that a DEA confidential source made from Pearson after contacting the dealer at the same number Bailey had called from the taxi driver’s phone the night she died. On the first occasion, DEA agents obtained heroin from Pearson. On the second, agents received fentanyl despite having attempted to buy heroin. A third charge of possession with the intent to distribute heroin stems from Pearson being found in possession of heroin, cocaine, crack cocaine and the .40-caliber pistol, as well as drug paraphernalia, following a traffic stop.

PELHAM – The Shelby County Commission is partnering with the city of Pelham to construct outdoor sand volleyball and basketball... read more