CALERA – Two Birmingham men with lengthy criminal histories are facing several felony charges after police said they led officers on a high-speed chase from Calera to Alabaster in the late-night hours of Oct. 2, before crashing the allegedly stolen vehicle on Shelby County 11.

Calera Police Chief Sean Lemley said his department received a report of a stolen vehicle in the area at about 10:30 p.m., and attempted to stop the vehicle in southern Calera. The suspects, who have been identified as 24-year-old Birmingham residents Destin Labruce Casey and Tavarius Jamal Richardson, then fled officers, leading them up U.S. 31 into Alabaster.

When the two occupants in the vehicle were taken into custody, police discovered “various stolen items” in the vehicle, Lemley said.

According to their arrest warrants, the suspects were driving a stolen 2016 Dodge Ram 1500 pickup truck, and were found to be in possession of “20-30 various identification cards, credit cards and checkbooks” linked to vehicle break-ins in multiple counties. Officers also allegedly discovered open containers of alcohol in the vehicle following the pursuit.

Richardson also was allegedly found to be in possession of a stolen Taurus PT709 handgun, which he was not legally able to possess because of previous felony convictions.

In the DA’s Office’s request to raise Casey’s bond, prosecutors said the suspect “has a very lengthy criminal history over the past five years” including 55 charges including receiving stolen property, burglary, unlawful breaking and entering a vehicle, theft of property, fraudulent use of a credit card, destruction of state property, felon in possession of a firearm and unlawful possession of marijuana.

Casey also has outstanding warrants from Jefferson County, is on bond for multiple Jefferson County charges and is under investigation for possible federal firearms charges, according to prosecutors.

In the request to raise Richardson’s bond, the DA’s Office said the suspect “has a violent criminal history that includes attempting to elude law enforcement, resisting arrest, receiving stolen property and first-degree robbery. He was recently released from prison on the first-degree robbery charge.

Both suspects pose “a real and present danger to the public,” according to the bond recommendation forms. 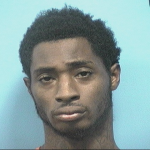 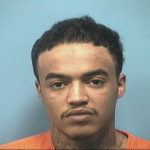