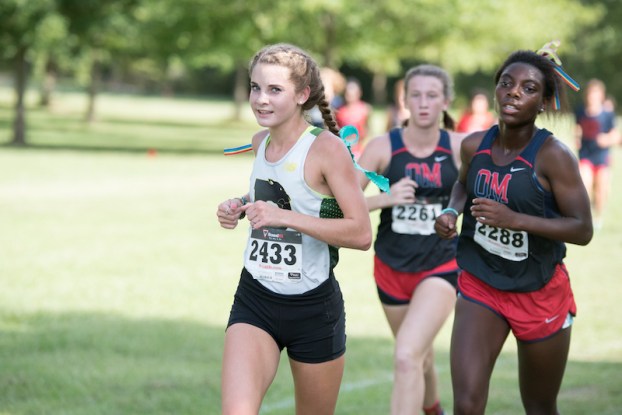 Pelham's strong cross country season came to an end at the state meet where several had great performances. (File)

OAKVILLE – A strong year for the Pelham Panthers’ boys and girls cross country teams came to a close on Saturday, Nov. 11, at the 2017 AHSAA XC State Championship Meet held at the Oakville Indian Mounds Park.

While the boys didn’t have as strong of a race in the overall team classification, junior Adam Keller had the highest individual finish of the two teams.

Keller finished in the top 10 of the state meet thanks to a 10th place finish after running the race in 16:37.05. The time topped Keller’s previous personal record set back in his first race of the season at the same course. He ran that race in 16:37.31, which meant he set his new personal record by .26 seconds.

As a team, the Pelham girls had a strong showing to end the season picking up an overall finish of fourth in the team standings. The Panthers finished the race with a total of 152 points, which was just five points behind John Carroll in third with a total of 147 points.

Junior Katie Strozier finished just outside of a top 10 finish taking 11th in the race after finishing in 20:02.63. Just like Keller in the boys race, the time marked a new personal record for Strozier as she ran her best race when it counted most. It beat her previous record by four seconds.

Meredith Bass, also a junior, capped off her strong season with a top 20 finish taking 20th on the dot. She finished the race in 20:44.45, which also set a personal record for her. Bass’ previous fastest time was in the first race of the season with a time of 20:51.49.

The boys finished in 16th overall in the team standings with 401 points as sophomore Dominic Fanella was the only other top 100 finisher for the Panthers. His time of 18:14.64 was good enough for 70th and also a new personal record for the young runner.