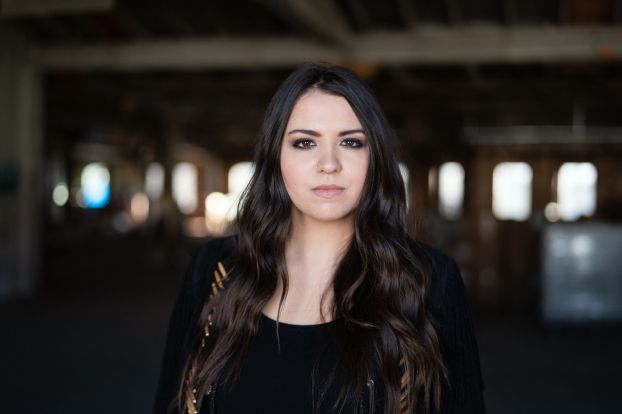 Pelham native Joybeth Taylor has released a single and is scheduled to perform in Chelsea on Sept. 7. (Contributed)

When Joybeth Taylor talks about music, two things are immediately evident: Music is a significant part of her life, and she puts herself into her songs.

The Pelham native released a single, “It Just Takes One” July 11 with an accompanying music video and is slated to perform a concert in Chelsea on Sept. 7.

For Taylor, who moved to Nashville at the age of 18 to start her career upon graduating from high school three years ago, it will be her first performance in front of a home audience since making the move.

“It’s the first time I’ve played back home since I’ve moved, so I’m excited,” she said.

Taylor co-wrote “It Just Takes One” with fellow Nashville songwriters Paul Duckstad and Garrett Biggs. She said that to her, writing the song was a way of overcoming a past breakup and getting over the subject of that breakup.

“Somebody said the title and it just organically happened. It’s kind of like [when] lightning strikes,” Taylor said. “As soon as we got in a room together, we knew we were going to get something we really loved.”

The song’s accompanying music video, which may be viewed on YouTube, juxtaposes the image of a young couple at a county fair with that of Taylor singing alone in the bedroom of an older home.

The independently released video was made with Preston Leatherman, whom Taylor credited as being easy to work with.

“I wanted to keep it very simple,” she said of the video.

The personal subject matter of the song is an example of how Taylor utilizes music as an emotional outlet. It was during times of loneliness and isolation, she said, that the music was there to comfort her. One of Taylor’s goals as a musician is to offer the same kind of refuge to her listeners.

“I want to be that person for someone else,” she said.

Taylor started playing guitar at age 14. Even before that, she would listen as her grandparents played a diverse mix of music, particularly country artists, among them Patsy Cline and Willie Nelson.

It was Cline’s music that was a significant influence upon the young Taylor.

“Everything about her just sort of pulled me in,” she said.

Of course, one thing that comes with a budding career as a singer-songwriter is criticism—the one area where Taylor offers some advice to those with similar goals in mind:

“It’s growing from the positive criticism and ignoring the negative criticism,” she said, adding, “If you have anything in life you want to achieve, then go for it.”

Taylor will perform at Station 31 in Chelsea on Sept. 7 at 9 p.m. Admission is free of charge. Her music is available on major streaming platforms including Spotify, Google Play, Apple Music and Amazon.

Another single, “I See Memories,” is set to be released Aug. 29.

By ALEC ETHEREDGE | Sports Editor PELHAM – Looking to continue a winning tradition on the volleyball court in 2019,... read more