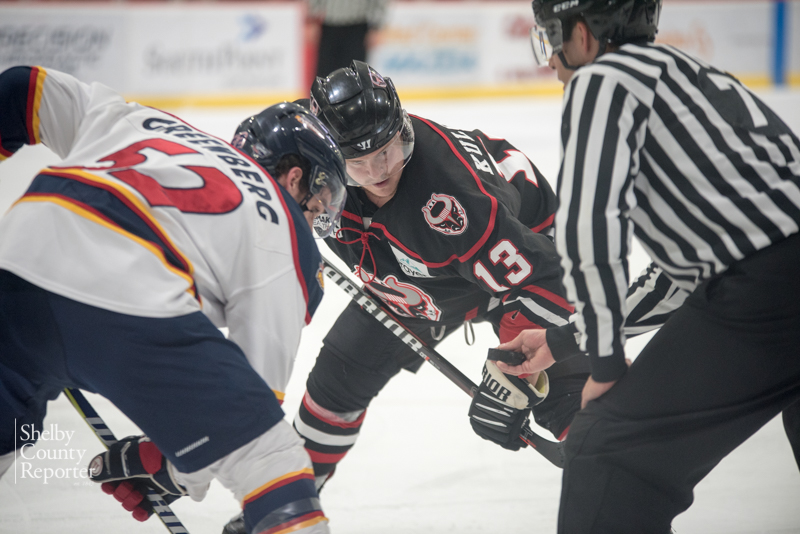 The Birmingham Bulls split their first two games of the 2019-20 season falling to Huntsville in overtime and beating Evansville. (File)

Coming off a second-place finish in the SPHL last year, the Birmingham Bulls kicked off the 2019-20 hockey season with two games between Friday, Oct. 18 and Saturday, Oct. 19, including a rematch of last year’s President’s Cup Championship series with rival Huntsville.

Looking to get off to a strong start and possibly get redemption for the loss to the Havoc in the title series, the Bulls fell in a tough 3-2 game to their in-state rival in overtime.

But one day later, Birmingham hit the road to Evansville, Indiana and bounced back with a 4-2 road victory to even its record at 1-1 through the first weekend of the season.

In their opener, the Bulls weren’t able to overcome a night full of penalties, which led to nine power-play opportunities for Huntsville.

While there was no scoring through the first two periods of the game, the two teams combined for eight penalties in the third period, which led to four combined goals between the two.

The scoring started quickly in the period when J.M. Piotrowski was able to put the first goal of the season into the back of the net off an assist from Alex Johnson within 55 seconds of the period starting.

The Bulls made it two in the first 10 minutes when Jacob Barber took advantage of a power play opportunity and great passing from teammates Josh Harris and Karel Drahorad to bury the team’s second goal into the back of the net for a 2-0 lead with 10:41 left to play.

But three penalties over the next four minutes of play by Birmingham led to opportunities for the Havoc, and they capitalized on power play goals from Rob Darrar and Shawn Bates to even the game at 2-2 with 6:43 to play.

The furious comeback in the final 10 minutes by the Havoc not only led to overtime but gave them all the momentum.

And just 1:28 into the overtime period, Nolan Kaiser capitalized for the defending champions when he found a seem and buried the game-winning goal into the net for the 3-2 victory on opening night.

In his first start for the Bulls, goalie Art Brey faced an onslaught of 44 shots and saved 41 of them only giving up goals on power plays.

With one game under their belts, the Bulls looked like a much more confident team when they hit the road to take on Evansville a night later, and it was the defense this time that played a key role.

After giving up 44 shots the night before, Birmingham only allowed 26 to the Thunderbolts and Brey again had a strong performance saving 24 of those 26 shots.

The Bulls also struggled to get off a heavy dose of shot, but with lethal and accurate offensive playmakers, they were able to capitalize on limited opportunities.

Getting off just 23 shots in the game, they were able to make 19 of them to pick up the 4-2 victory.

The scoring started midway through the opening period win Cole Stallard put Birmingham up 1-0 behind smooth passing from Johnson and Canon Pieper.

That was the first of three unanswered for Birmingham in the first two periods. Piotrowski added his second goal of the season six minutes into the second period on a power play, while Mike Davis made it 3-0 with a goal four minutes later.

Late in the second period, Evansville found the back of the net on a breakaway from Flix Kronwall, but early in the final period Barber quickly made it 4-1 with 13:25 to play.

Evansville was only able to add one more goal with an extra attacker in the final 20 seconds of the game to create the final score.

Harris ended the game with a game-high two assists, and had three points combined between the first two games thanks to three total assists. Barber added three points as well over the weekend behind two goals and one assists, while Piotrowski had two goals. Mike Crocock added two assists in the win against Evansville.