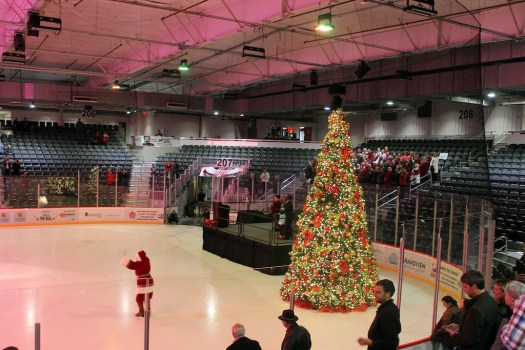 From the ice, Santa visits with the audience at the City of Pelham's Community Tree Lighting. (Contributed Photos) 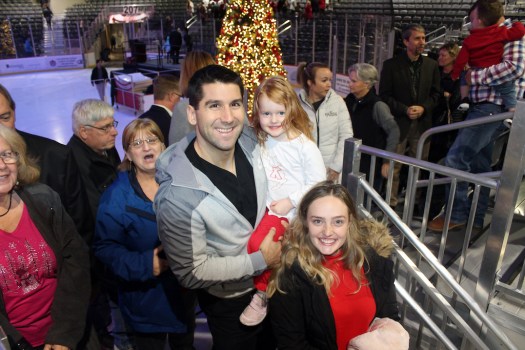 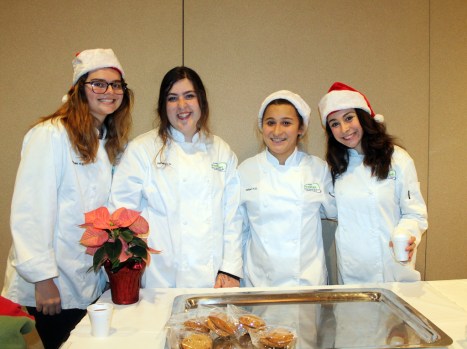 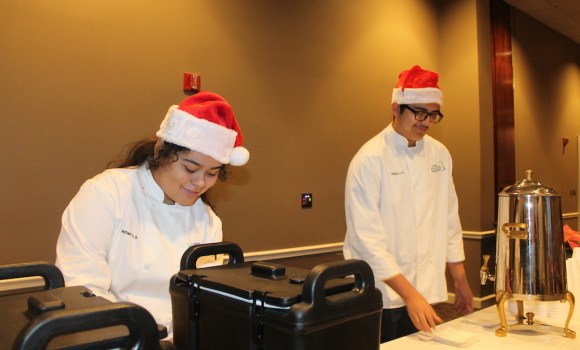 “I remember one of [Pelham’s] first Christmas Tree Lighting ceremonies…outside in front of City Hall. It was magical when the lights [on the tree] were lit. Valley Elementary students sang…,” Jody Dickens commented on Facebook.

Through the years, Pelham’s Tree Lighting featured many school groups including PHS Ambassadors and culinary along with choirs and bands from all Pelham schools. Pelham First Baptist’s Handbell Choir, along with ice hockey teams and figure skaters entertained large crowds.

Pelham’s 2019 ceremony featured a Community Choir representing many area church choirs. While the combined voices of the group were magical, the featured soloists were also amazing. The tiniest ice skaters were as adorable as the older skaters were skilled and creative.  An inspired message followed.

As lovely as the event was, estimates of attendees were fewer than 300. The lack of participating schoolchildren was palpable. The PHS Culinary group served delicious cookies and PHS Broadcast students searched for interesting footage. Santa seemed lonely with so few children visiting.

Working together creates a safe haven for Pelham’s children. Volunteers have offered to coordinate bringing schools back to the 2020 Tree Lighting. The Pelham Community prioritizes and shows up for its children. Only with community involvement will Pelham—and its children—prosper.