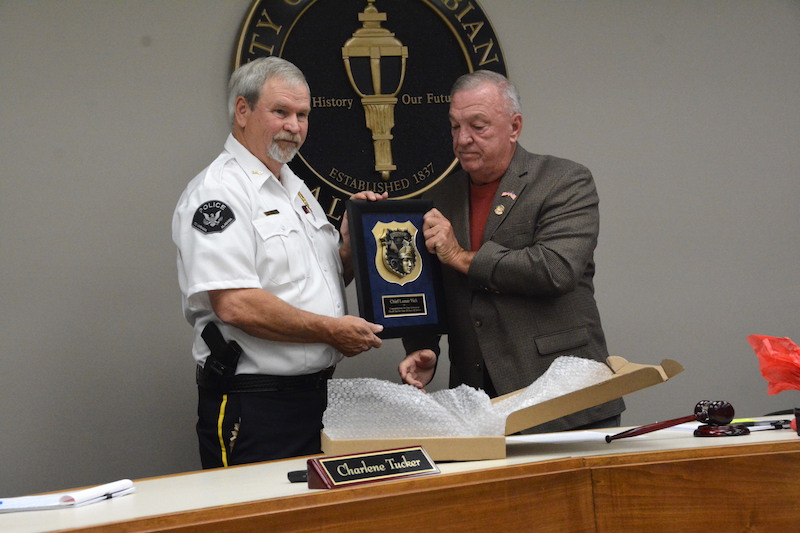 COLUMBIANA – Newly retired Columbiana Police Chief Lamar Vick was honored for his 28 years of service to the city during a Dec. 17 City Council meeting.

Police department personnel lined the walls of the Council Chambers as Mayor Stancil Handley presented Vick with a plaque and words of gratitude on behalf of the council.

“It has been a pleasure and honor to work for the city of Columbiana,” Vick said, praising his former coworkers for their work. “Law enforcement is hard these days, and the city of Columbiana is very fortunate to have the officers and dispatchers that we’ve got. You’re looking at a good group of people right there.”

Vick has worked in law enforcement for nearly 35 years. He started with the Columbiana Police Department in 1993 and served as police chief for 14 years.

In September, Vick announced his plans to retire at the end of the year.