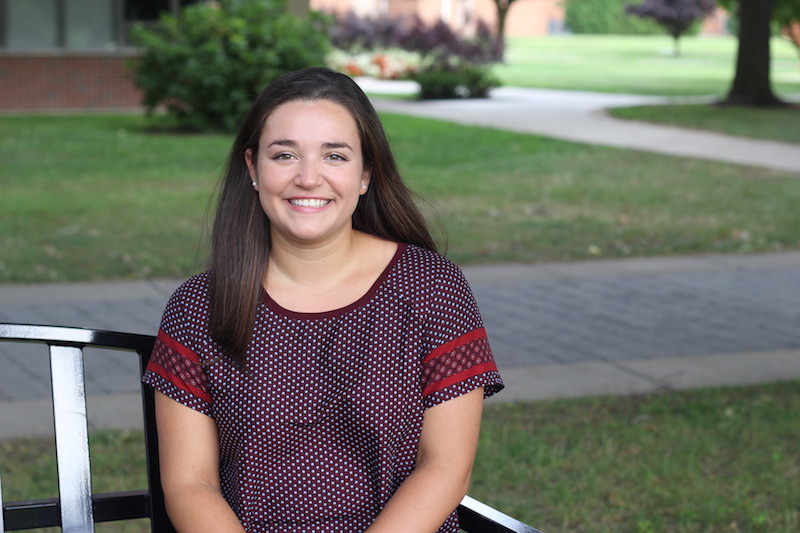 MONTEVALLO – Sustainability Coordinator Olivia Barone describes Montevallo as an oasis in Alabama, and she is hard at work to keep it that way.

Barone was hired in November to be Montevallo’s sustainability coordinator, a new salaried position the Montevallo City Council voted in August to create to oversee the city’s trash collection services and recycling center.

“I think this job was created with the recycling issues that have come up internationally, and so my first priority is just cleaning up and clearing up the recycling and waste issue,” Barone said. “It’s definitely a global thing, but it all trickles down. The city has been really affected.”

In September, the council voted reluctantly to discontinue its curbside recycling service based on fee increases and only 40 percent of the city’s residents using the service.

The decision came as the council approved changes to Montevallo’s garbage service in an effort to resolve issues with missed pickups.

As such, Barone said implementing recycling and waste reduction initiatives—and educating the public on what can and cannot be recycled—will be among her biggest responsibilities.

Barone manages the city’s recycling center, which is located at the intersection of Overland Road and Spring Creek Road, which is open to residents 24 hours a day, seven days a week.

“I want to emphasize that the overall recycling epidemic has affected nations and states and cities globally. It’s not just a Shelby County issue or Alabama issue. With that in mind, I think waste reduction is a huge part of the solution, and refusing, reusing, reducing and recycling can make a positive impact on the environment and your wallet.

“After that, I want to expand my focus to other areas of sustainability that contribute to the environment and are cost-effective to city, and (improve) overall quality of life for residents,” she continued. “I think sustainability is a really encompassing field. I really want to, and can feasibly work with, anyone and everyone who wants to be a part of it and help.”

Barone graduated from Rider University in Lawrenceville, New Jersey, with a degree in environmental studies.

She found out about Montevallo’s sustainability coordinator position from one of her professors, who saw and shared the job posting with her, she said.

After working remotely from New Jersey for several weeks, Barone made the move to Alabama.

“Everyone has been really welcoming,” she said.