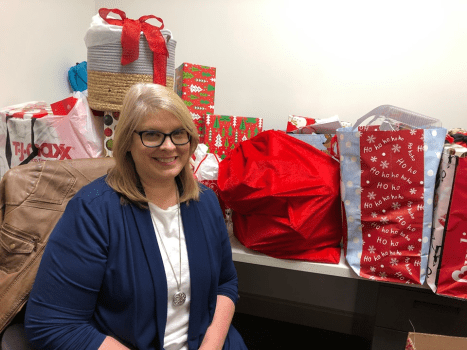 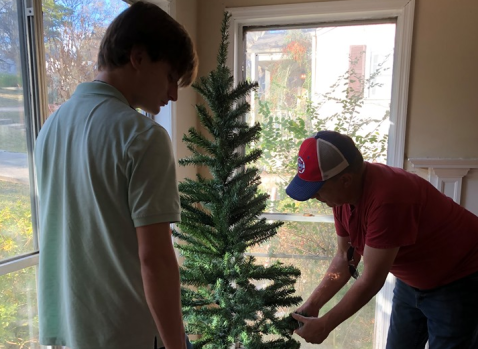 ALABASTER — Since starting Second Shift in 2017, Tammy Spence has been helping at-risk and aging-out foster care youth to gain independence. Justin Swaboda was one of those youth.

After struggling with homelessness for two years, Swaboda was able to move into his own home recently. The first thing he did was put up a Christmas tree that was donated through the nonprofit’s Beginning Bins program.

“We gave him a donated Christmas tree and a box of decorations, and for him that tree was the symbol of ‘I made it,’” said Spence, the organization’s founder and executive director.

Swaboda is just one of more than 300 at-risk and aging-out youth assisted by Second Shift since its inception a little over two years ago.

According to Second Shift, between 300-500 transitional aged youth in Alabama age out or leave the foster care system each year. More than 60 percent of them leave care without identified housing, becoming immediately homeless. The population is also at risk of either being incarcerated or forced into prostitution by human trafficking networks.

“It’s kind of a hidden population,” Spence said. “People are not aware of the needs of aging-out foster care youth. Young people don’t want people to know that they’re homeless.”

Spence started Second Shift alongside her husband, Tim, and a colleague, Dr. Rebecca Cohen. She immediately started the nonprofit with a plea to the community for help while sharing statistics about aging foster youth. Since that time the organization’s board has expanded to include seven people.

The nonprofit now has an office located at 101 Aviators View Drive, Suite 4, in Alabaster and is accepting volunteers and donations year-round.

“We began small but because the need is so huge, we’ve grown rapidly. Our funding has increased by over 300 percent,” Spence said.

On Dec. 16, 2019, Second Shift received an EBSCO Community Impact grant for $6,000 toward their transitional housing program, “A Place to STAY (Sustain and Transition Aging-out Youth).” Through STAY, a local home provider rents out a space on a sliding scale in their home while mentoring a youth in need of shelter. On a lesser scale, volunteers may also become a SAM (Stable/Supportive/Short-term Adult Mentor), a one-year commitment to an at-risk, transitional or aging-out youth with no residency, or a FAM (Forever Adult Mentor), which involves a lifelong commitment but no residency.

“It’s rather innovative,” Spence said of STAY. “There are several places in the country doing it, but there was nothing in Alabaster like that. We think it can eradicate youth homelessness, and we think it’s the answer to the problem.”

There is also a social media hashtag for Second Shift and the STAY program— #fixAble.

Other services offered by the nonprofit include start-up assistance, emergency assistance and family sponsorship. Part of this is the aforementioned Beginning Bins program, which provides donated household goods placed in plastic bins. Second Shift may be contacted for donation suggestions and guidelines.

“All those little things we use every day that you don’t think about we provide to young people,” Spence explained. “It takes a lot to set up a home.”

“Second Shift acts as a community response to a need,” Spence said. “Foster children age out and face many obstacles through no fault of their own, but together we can change this!”