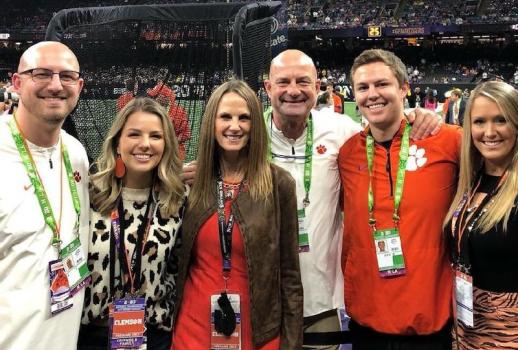 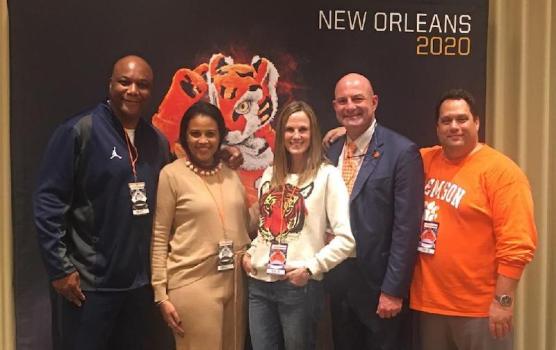 “How’s your dad?” Paul Gagliano asked. He also asked if my parents would attend Clemson’s final playoff game. Relaying that my dad was much better after a bad fall in September—but not up to the long walks of stadiums, I asked Gagliano if he’d make the trip. An old friend of the Swinney family, Gagliano said that he’d attend and he agreed to send pictures.

Early on Jan. 14, I thanked Gagliano for the pregame photos he’d sent. Although Clemson wasn’t victorious, I was so proud of Swinney’s response. Dabo Swinney is a man who knows what matters.

Following the NCAA Championship, a reporter asked Clemson senior Tanner Muse what his legacy would be at Clemson.

“I think at the end of the day I’m gonna be defined as person more than a football player… I appreciate them (the younger players) for lovin’ on me and lettin’ me love them. I can’t thank them enough,” said Muse after his team’s loss to LSU.

Muse’s statement silenced the post-game press conference. In that room full of reporters, no one had a single response to Muse’s profound statement.

Finally, another reporter asked Swinney what he said to Trevor Lawrence after a disappointing play.

“I just told him to keep his head up. I told him that I loved him,” said Dabo Swinney. “We love on ‘em when they throw touchdown passes and I wanted to love on him when he made a mistake too. . . I love that guy.”

Swinney expressed his gratitude for his players and his coaching staff, and the success of the past decade.  He congratulated LSU and their coach, complimenting their performance and their hard work.

Another reporter asked Swinney how he’d define “this era of Clemson football”?

“Transformative,” said Swinney. “I’m not sure if that’s a word.”

Transformative is a word defined as “causing a marked change.”

Swinney’s courage and clarity is transformative. As Swinney and his players openly speak of their love for one another, college football has noticed. Brave enough to voice spirituality and gratitude, Swinney’s bravery emerges transformative behaviors.