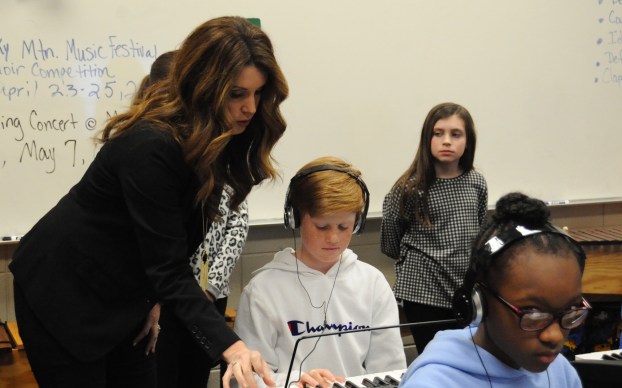 I would like to begin my first staff column for the Shelby County Reporter—which I am honored and humbled to have been given the opportunity to write—with a brief introduction about myself.

I started my journalism career right here in Shelby County, at the University of Montevallo, where I attended from 2001-2004, earning degrees in English and journalism. I quickly fell in love with the campus with its red brick pathways and rich history, and the small student-to-teacher ratio was a good fit for me. I felt that I officially became a part of UM the first time I tripped on a brick on the way to class.

Writing was an easy career choice for me, as I had wanted to be a writer throughout my childhood. It seems my interest was first kindled when reading Robert Frost poems in elementary school. Almost immediately, I began writing my own poems and stories. While visiting my grandparents, I would pick up copies of The Birmingham News and try to duplicate the front page in my own handwriting. I relished any school assignment that involved creative writing and penned several short stories.

While attending UM, I wrote my first story for The Alabamian introducing the incoming women’s basketball coach. In 2003, I had the opportunity to work as a news intern at The Clanton Advertiser in Chilton County (my hometown). I continued working there after graduation and was offered a full-time job as a staff writer. In 2006, I was promoted to news editor and worked in this role until 2010.

In 2010, I had the opportunity to learn something new and shifted over to Clanton’s production department where both the Reporter and Advertiser, and numerous other publications from around the region, are printed. I freelanced on the side while working in a management role in this department up until summer 2019.

In July 2019, I took full advantage of an opportunity to work in a newsroom again and accepted my current position at Shelby County Newspapers, Inc. It has been both humbling and rewarding to work with some of the best in the business here, and I believe they are part of what makes Shelby County great.

It’s people that make a place great, and this is especially true for Shelby County. Just last week I had the opportunity to see students at Mt Laurel Elementary using keyboards and headphones the school purchased from a grant thanks to the city of Chelsea. As music has always been a big part of my life, I was thrilled to see these students have this opportunity. I was also delighted to see the ukuleles that lined the classroom wall (I just purchased one for my 5-year-old son for Christmas).

With that, I’ll simply say that I’m glad to be working in Shelby County. I look forward to meeting many more amazing people and helping to tell their stories.

Alabama days away from 2020 legislative session

By PAUL DEMARCO / Columnist This is an opinion column. We are now about a week away from the start... read more