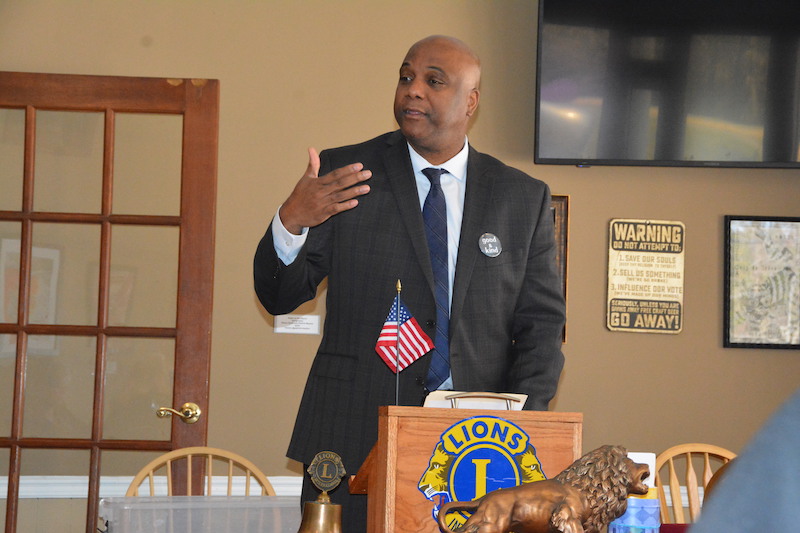 In the same timeframe, Helena Middle’s enrollment has jumped from 947 students to 1,061, while those of Helena Elementary and Helena Intermediate have fluctuated.

Brooks shared a projection that Helena High School is expected to enroll 1,400 students by the year 2024.

“The challenge of keeping up with growth has always been a perpetual problem in Shelby County,” Brooks said. “We have always tried to build for teaching and learning.”

While the board has $54 million in reserves, the state requires the school system to maintain one month’s worth of operating expenses, which means that a certain amount of funding cannot be touched, Brooks explained. Consequently, the challenge with capital plans tends to be figuring out where the funding will come from.

“People communicate all the time that we’re the wealthiest county in the state, but the money’s not unlimited,” Brooks said.

Three corridors in Shelby County are growing faster than anywhere else—Chelsea, Calera and Helena. Growth patterns have shifted to these areas from Pelham and Alabaster in recent years.

Speaking to a primarily Helena audience, Brooks used Helena schools as an example of how the school system has built to accommodate growth:

Since 2008, Shelby County Schools has spent $76 million on buildings in Helena; the construction of Helena Middle School accounted for $25 million of that amount. If the school were being built today, however, Brooks estimated that the cost of construction would be double.

While fielding questions from the group, Brooks was asked about the possibility of new construction at Helena Middle.

“In the very near future, I feel confident that you will see us with construction at your middle school,” he said.

Brooks praised Helena schools for their success. Helena Elementary has installed sensory pathways to provide engaging and calming activities for students, and the school is incorporating Chromebooks and has a very involved PTO.

HMS has constructed a Kindness Café, is incorporating Chromebooks and has had success in the Kids Mercedes Marathon.

HMS earned an A for state accountability in 2019, and teacher Anna McEntire was named Shelby County Middle School Teacher of the Year for 2019. Brooks described her as “young and energetic.”

“We love her leadership and what she’s doing to help other teachers across the county,” he said.

Graduates of Helena High School have been awarded $45 million in scholarships, and about 33 percent of students are taking advanced placement courses, which accounts for 2,000 college credits. Over 10 percent of graduating seniors scored 30 or higher on the ACT.

Meanwhile, the school has enjoyed success with its fine arts program and championships in various sports.

On a system-wide level, Brooks shared that Shelby County Schools earned a 91 on the state report card based on academic growth, and received a President’s Award from the Alabama Association of School Boards for having 60 percent or more of its members attend at least three AASB conferences and having all its members meet state-mandated training requirements.

As superintendent, Brooks said he focuses on three objectives—1) continued improvement, 2) innovation and finding innovative instructional practices and 3) dedication to creating a sense of organizational commitment.

“We want our people to be motivated by this great experience they are having with these kids every day,” he said.