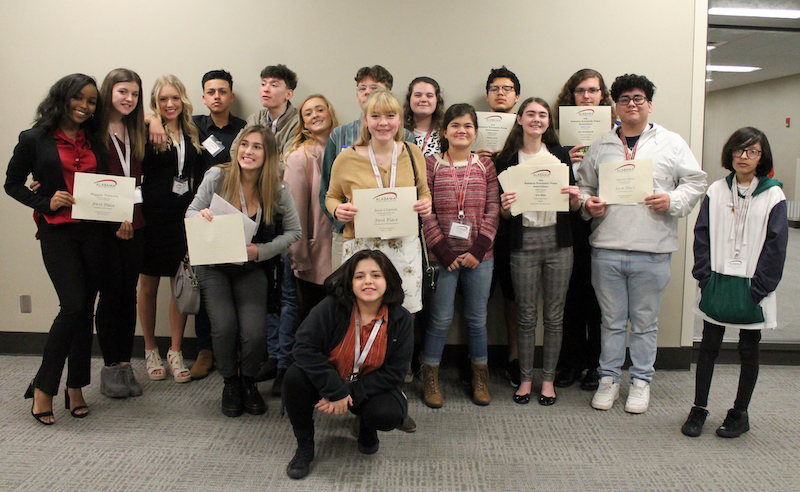 At this year’s state, the staff hopes for All-Alabama and Best Cover—after two consecutive second place covers.  Finally, we hope for individual awards honoring the devotion of those who created the 2019 PHS Literary Magazine featuring the work of the school’s artists, photographers, graphic designers and writers.

The spring 2019 Lit Mag is the most recently printed and judged at this competition. Many of the students who produced this magazine graduated last May. Did they know we were at ASPA?

Winning state competition underscores students’ talent and drive. All students should choose their fields, compete, and discover their talents! Connected students are successful students. Meeting all students’ need and interests propels them towards success.